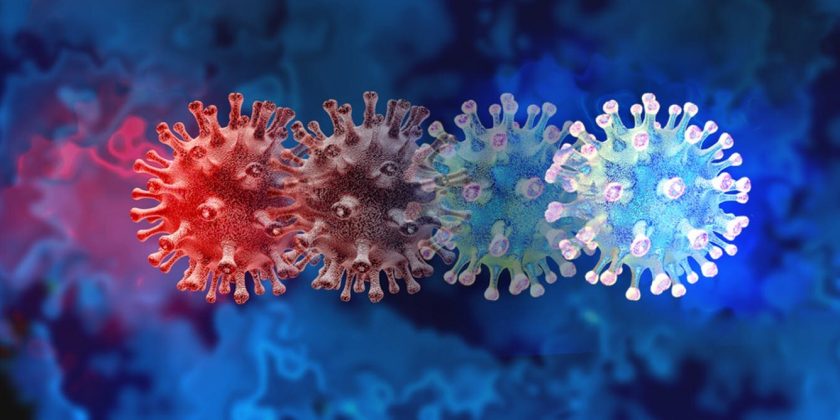 By now, many of us will be familiar with the omicron variant of SARS-CoV-2, the virus that causes COVID. This variant of concern has changed the course of the pandemic, leading to a dramatic rise in cases around the world.

We are also increasingly hearing about new omicron sub-variants with names such as BA.2, BA.4 and now BA.5. The concern is these sub-variants may lead to people becoming reinfected, leading to another rise in cases.

Why are we seeing more of these new sub-variants? Is the virus mutating faster? And what are the implications for the future of COVID?

Why are there so many types of omicron?

All viruses, SARS-CoV-2 included, mutate constantly. The vast majority of mutations have little to no effect on the ability of the virus to transmit from one person to another or to cause severe disease.

When a virus accumulates a substantial number of mutations, it’s considered a different lineage (somewhat like a different branch on a family tree). But a viral lineage is not labeled a variant until it has accumulated several unique mutations known to enhance the ability of the virus to transmit and/or cause more severe disease.

This was the case for the BA lineage (sometimes known as B.1.1.529) the World Health Organization labeled omicron. Omicron has spread rapidly, representing almost all current cases with genomes sequenced globally.

Because omicron has spread swiftly, and has had many opportunities to mutate, it has also acquired specific mutations of its own. These have given rise to several sub-lineages, or sub-variants.

Why are the sub-variants a big deal?

There is evidence these omicron sub-variants—specifically BA.4 and BA.5—are particularly effective at reinfecting people with previous infections from BA.1 or other lineages. There is also concern these sub-variants may infect people who have been vaccinated.

So we expect to see a rapid rise in COVID cases in the coming weeks and months due to reinfections, which we are already seeing in South Africa.

However, recent research suggests a third dose of the COVID vaccine is the most effective way to slow the spread of omicron (including sub-variants) and prevent COVID-associated hospital admissions.

Recently, BA.2.12.1, has also drawn attention because it has been spreading rapidly in the United States and was recently detected in wastewater in Australia. Alarmingly, even if someone has been infected with the omicron sub-variant BA.1, re-infection is still possible with sub-lineages of BA.2, BA.4 and BA.5 due to their capacity to evade immune responses.

Is the virus mutating faster?

You’d think SARS-CoV-2 is a super-speedy front-runner when it comes to mutations. But the virus actually mutates relatively slowly. Influenza viruses, for example, mutate at least four times faster.

SARS-CoV-2 does, however, have “mutational sprints” for short periods of time, our research shows. During one of these sprints, the virus can mutate four-fold faster than normal for a few weeks.

After such sprints, the lineage has more mutations, some of which may provide an advantage over other lineages. Examples include mutations that can help the virus become more transmissible, cause more severe disease, or evade our immune response, and thus we have new variants emerging.

Why the virus undergoes mutational sprints that lead to the emergence of variants is unclear. But there are two main theories about the origins of omicron and how it accumulated so many mutations.

First, the virus could have evolved in chronic (prolonged) infections in people who are immunosuppressed (have a weakened immune system).

Second, the virus could have “jumped” to another species, before infecting humans again.

What other tricks does the virus have?

Mutation is not the only way variants can emerge. The omicron XE variant appears to have resulted from a recombination event. This is where a single patient was infected with BA.1 and BA.2 at the same time. This coinfection led to a “genome swap” and a hybrid variant.

Other instances of recombination in SARS-CoV-2 have been reported between delta and omicron, resulting in what’s been dubbed deltacron.

So far, recombinants do not appear to have higher transmissibility or cause more severe outcomes. But this could change rapidly with new recombinants. So scientists are closely monitoring them.

As long as the virus is circulating, we will continue to see new virus lineages and variants. As omicron is the most common variant currently, it is likely we will see more omicron sub-variants, and potentially, even recombinant lineages.

Scientists will continue to track new mutations and recombination events (particularly with sub-variants). They will also use genomic technologies to predict how these might occur and any effect they may have on the behavior of the virus.