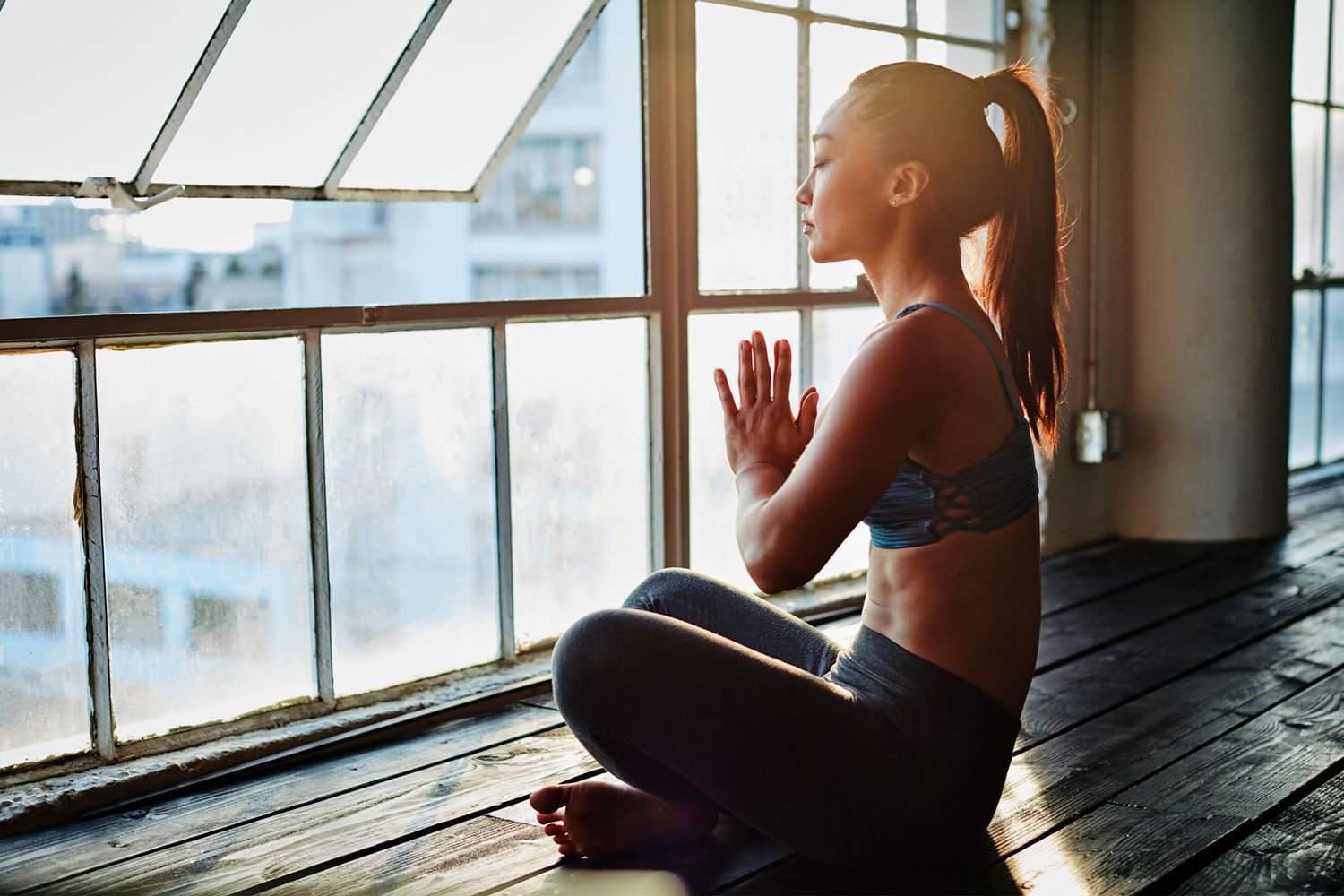 We’ve all heard that mindfulness is a mental health holy grail- the answer to lack of focus, a ‘meh’ mood and even stress. Not to mention being credited with physical wins like better sleep and a boosted immune system. But who has all that extra time to sit around being mindful when your diary’s already rammed?

Here’s the thing: we’re getting the concept all wrong, according to Pedram Shojai, a former Taoist monk, doctor of oriental medicine and author of The Art of Stopping Time: Practical Mindfulness for Busy People. The idea that you must meditate to be mindful is a mistranslation of Eastern philosophies, he says. In his book, Shojai suggests 100 ‘microhabits’ – small actions that zen you out and save you time by helping you use it with intention rather than wasting it. “Time is the currency of life, so any way you can hack your day to become more aware of how you spend time can improve your relationship with it,” Shojai adds. We had a (sceptical) writer try 10 microhabits over a day. See how she fared, then decide which could work for you.

While your coffee brews or your shower warms, fill the wait with a stretch to wake up your mind and body.

We tried it: “While the milk for my latte was frothing, I stretched out my shoulders, neck and arms. My muscles appreciated the love after the previous day’s yoga sesh and I started to feel more alert, a rarity pre-coffee. I’ll make this a regular.”

We tried it: “I finally started Zadie Smith’s Swing Time. Her complex writing is the opposite of the news items I usually skim on my phone in bed. The switch felt super decadent. I’ll make reading a nightly habit.”

Scan your mind for stress, identify the cause so it doesn’t spiral and note how it’s affecting you (eg, your shoulders are up by your ears). You’ll regain control of your feelings and learn how you handle times of unease.

We tried it: “While driving my daughter to preschool, my mind was consumed with my to-do list. My chest felt tight and my breathing was shallow. To refocus myself on the present, I talked with my daughter and made a mental note to do this scan regularly before I get behind the wheel.”

When you run into someone with negative juju, recognise it without adopting it to stay in control of your own reactions.

We tried it: “At work, a colleague was complaining about a pretty simple task. Instead of adding a work gripe of my own, I pointed out some positives. Her attitude didn’t change, but I didn’t let it tank mine.”

A brief lock of eyes creates a subtle connection, anchoring you to the present – bonus if it’s with a stranger, since that requires more consciousness than doing so with a pal.

We tried it: “I attempted this in a meeting and nobody would look at me! But after work, I saw a mum trying to settle her daughter, who was dancing in the middle of the footpath. Our eyes met and I shot her a smile to say, ‘Your kid is adorable.’ She grinned right back. Warm fuzzies all around.”

Instead of talking for the sake of it, pipe up only if you need to. You’ll become aware of how often you speak for a reason versus just adding to the chatter.

We tried it: “At my morning barre class, everyone was talking about their weekend plans. I was able to listen 100 per cent instead of deciding what I was going to say, so it was a lesson for my listening skills. But I might leave it at that because I felt slightly awks not speaking.”

Ask yourself if you really need something before buying it to avoid financial stress and clutter.

We tried it: “I was online ordering a dryer part – I know, exciting –and these exy art pens caught my eye. I glanced at the pile of colourful Sharpies next to my journal and refrained. This tip is a godsend since I often tend to be an impulse buyer.”

Doing a good deed boosts your mood (and the recipient’s), infusing upbeat energy into your day.

We tried it: “I made an afternoon coffee run and paid for the person behind me in the drive-through line. Surprise, person in the blue Holden! It felt good to put positivity out into the world, which can feel pretty negative lately. Best money spent.”

Check your schedule for non-essential stuff you can cut and tasks that can be delegated (such as a chore for your partner). Then pencil in time for you.

We tried it: “Most things were essential, like work and a doc’s appointment, and stuff that wasn’t, like having friends over for dinner, keeps me sane. I asked my friend to bring dessert, so instead of spending time baking, I relaxed on the couch. If this is mindfulness, then I’m sold.”

Resist the lure of your phone

Avoid the mindless social scroll (we know, it’s hard) and, instead, observe your surroundings or just sit with your own thoughts.
We tried it: “I left my phone at home during my older daughter’s piano lesson, and that half-hour was fidgety torture. But I watched the lesson and now I can help her practice this week! I knew I used my phone as a crutch at times, but clearly I need to unplug more.”