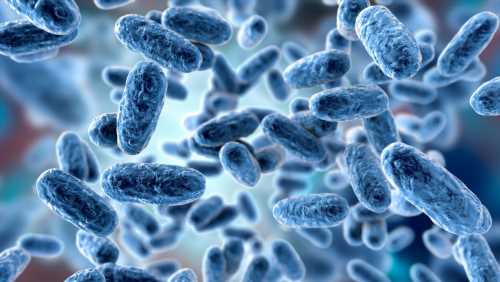 A recent paper published in Vaccines summarized the data presented and the discussions in the meeting regarding pertussis vaccination in pregnancy (ViP). The article also presented a literature review on this topic.

Antibodies against B. pertussis produced in the mother after vaccination is transferred across the placenta. The antibodies also confer protection to the young infant via breast milk. The efficacy of vaccination is evident from the reduced incidence of a severe form of pertussis among young infants within a short period after implementing the vaccination strategy.

The experts discussed that although the immune system undergoes a lot of modulations after pregnancy, aP vaccine-induced immune response is nearly similar in non-pregnant and pregnant women. It has also been found that the immune response induced by vaccination is not affected by the pregnancy status.

Immunoglobulin G (IgG) is the main antibody that crosses the placenta. Its concentration gradually increases in the infant and at delivery. Eventually, the infant has a higher IgG concentration than the mother. The trans-placental transfer of the immunoglobulin into the blood circulation of the fetus occurs via Fc receptors of the neonate (FcRn). While the transfer of IgG is different in the different subclasses of IgG; vis, IgG1>IgG3=IgG4>IgG2 (according to studies).

Vaccination against B. pertussis induces IgG3 and IgG1 subclasses, which efficiently cross the transplacental barrier. The efficacy of the transfer of IgG across the placenta also differs with the function of the immunoglobulin.

It has been found that the antibodies against B. pertussis increase one month post-vaccination, after which there is a rapid decline – during the first-year post-delivery. Therefore, vaccination of all pregnant women has been recommended.

A recent meta-analysis revealed no association between the time when Tdap vaccine (tetanus-diptheria-acellular pertussis) was administered during pregnancy and the subsequent immune response in the infant. As the pertussis vaccine is given with TT and DT, there may be modification of the immune system response of the infant to TT and DT-containing vaccines.

Researchers have found that the concentration of anti-DT IgG antibodies following the primary vaccination series – pre- and post-booster dose of DT- containing vaccine, were significantly lower in infants of vaccinated mothers compared to those whose mothers were unvaccinated. Furthermore, the vaccination of pregnant women led to an increased antibody response to TT among infants.

Additionally, recent studies report that IgG and IgA concentrations were similar in the colostrum and breastmilk following preterm and term delivery, and antibodies were present up to 12 weeks post-delivery. However, data on this subject appears inadequate; hence, more studies are warranted to comprehend the effects of vaccinating pregnant women on the neonatal and fetal immune systems.

Moreover, mostly wP vaccines are used in middle- and low-income countries. Lower antibody concentrations were observed in infants born to vaccinated mothers following vaccination with wP vaccination series, compared to infants vaccinated with aP and born to mothers who received a P vaccine during pregnancy. However, antibody functionality was higher in those receiving the wP vaccine. More studies are warranted, especially in low-income countries, wherefrom data is scarce – likely, owing to difficulties in conducting vaccine surveillance.

The need for vaccination against B. pertussis during pregnancy should also be recommended, as reports suggest fewer immunizations during the pandemic.

I am a medical content writer and editor. My interests lie in public health awareness and medical communication. I have worked as a clinical dentist and as a consultant research writer in an Indian medical publishing house. It is my constant endeavor is to update knowledge on newer treatment modalities relating to various medical fields. I have also aided in proofreading and publication of manuscripts in accredited medical journals. I like to sketch, read and listen to music in my leisure time.