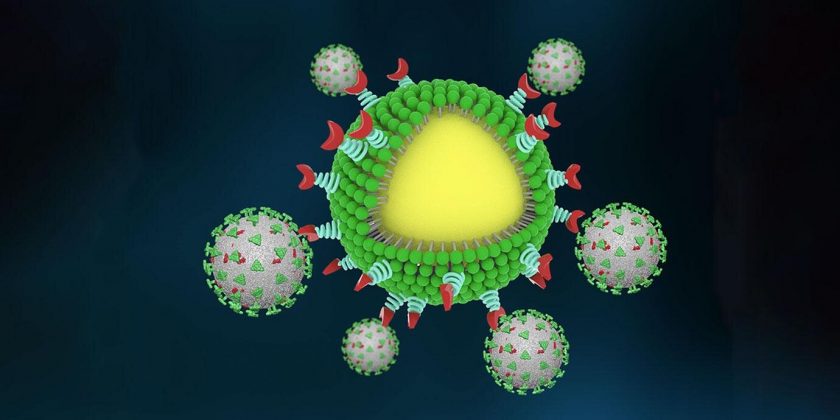 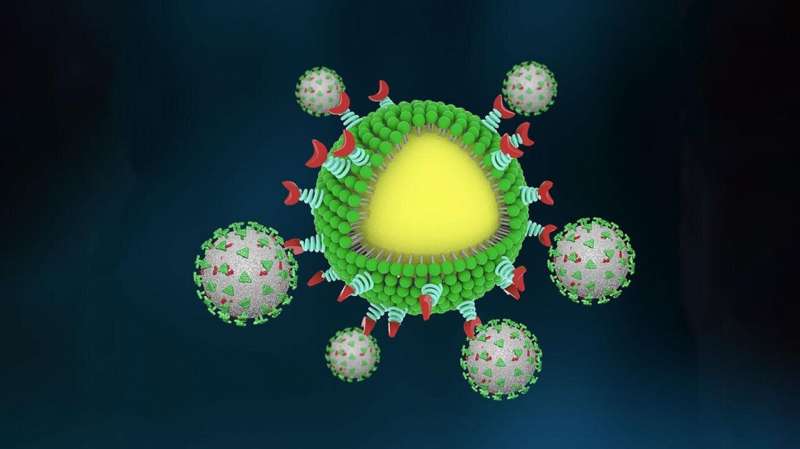 In the fight against cancer, a new tool has emerged that’s shifted the treatment landscape. CAR T-cell therapy, first approved for clinical use in 2017, uses a patient’s own re-engineered immune cells to attack cancer. It has proven to be particularly effective against certain types of lymphoma.

Its success represents the continued rise of immunotherapy, a class of treatments that amplify or alter the immune system in order to combat disease. Now, CAR T-cell therapy and other treatments like it are offering new hope in the fight against some of our most challenging diseases.

But developing these treatments is only possible because of the scientists who’ve dedicated their careers to growing our understanding of the immune system. Jun Huang, assistant professor of molecular engineering at the Pritzker School of Molecular Engineering at the University of Chicago, is one such researcher.

Armed with new, highly advanced tools, his work could have far-reaching implications, not only for the treatment of cancer but also for infection and autoimmunity more broadly.

Huang’s work has been described as molecular immunology with a bioengineering slant. He studies the fundamental mechanics behind the immune system with a particular focus on T cells (a type of white blood cell). He and his team use a combination of advanced microscopy, custom-designed tools, and ingenuity to study immunology at the molecular level, and they apply that knowledge to create novel treatments.

Already, Huang has applied his research to develop microscopic traps that catch and kill the coronavirus, solve long unanswered questions about cell metabolism, develop a new machine learning molecular imaging pipeline that can be used in vaccine development, and create transformative techniques for identifying CAR T-cells. With each advance, Huang gets that much closer to a goal he set in 2009 during his postdoctoral training.

“I want to cure cancer and HIV—two major diseases we cannot conquer yet,” he said. “Most people would naturally think they are very different diseases. But to us, treating both might be a T-cell problem. HIV infects CD4 T cells and paralyzes the human immune system, while tumor microenvironments drive T cell dysfunction and inhibits T cell killing of cancer cells. If we can effectively restore T cell functions, we might be able to treat both diseases, despite their distinct natures.”

The immune system is one of the most complex systems in the human body. Within it, billions of highly specialized cells measuring only a few micrometers in size work together to fend off a constant barrage of pathogens—things like viruses and bacteria. With so much happening, researchers have yet to untangle some of our immune system’s more complex mechanisms. In the case of CAR T-cell therapy, for example, we don’t completely understand why it’s effective against some forms of cancer but not others.

Huang aims to fill the gaps in our understanding by using multiple state-of-the-art technologies and custom in-house devices to study immune cells at the molecular level. His results have already opened new doors in cellular research.

In June 2021, Huang and his team used a combination of genetically encoded biosensors, machine learning, and super-resolution microscopy to visually observe glycolysis—the process by which cells metabolize glucose—at the molecular level. They found that when cells move and contract, they consume more energy and that they uptake glucose through a previously unknown receptor—both insights that could further research into a wide range of diseases. For instance, if physicians could inhibit glycolysis in lung endothelial cells, they could reduce the effects of acute respiratory syndrome in COVID-19 patients.

Huang believes machine learning will be central to advancing our understanding of the immune system, helping researchers like himself process the vast amounts of data generated by super-resolution imaging. When speaking about his work, Huang points out that his tools provide a means to an end—that he pursues technology not for its own sake, but to answer questions about immunology and ultimately to develop useful treatments. It’s a philosophy he landed on during his postdoctoral training.

“I worked in an immunology lab and there was lots of collaboration with MDs and MD/Ph.D.s,” Huang said. “That experience changed how I thought. It made me think, ‘What do doctors actually think is important? What do patients really need? How can we connect the basic science, the basic research to provide that?’ As an engineer, that is something I want to do.”

In early 2020, when the coronavirus pandemic first emerged, researchers everywhere turned their attention to addressing the crisis. For Huang and his team, it was a chance to apply their advanced study of immunology to a new threat. Although they had not previously studied COVID-19, immunological research by its nature can be quickly adapted to emerging diseases. In this case, the researchers pivoted their study of exosomes, which are small vesicles secreted from cancer cells that suppress the immune system, toward SARS-CoV-2. The team believed they could use that same mechanism to fight the virus that causes COVID.

Postdoctoral scholar Min Chen and graduate student Jill Rosenberg led the project and began by investigating the binding mechanisms behind SARS-CoV-2, a spike-like protein on its surface that binds to ACE2 receptors protein on human cells.

The team then engineered nanoparticles with a high density of ACE2 proteins on their surface, creating a cellular lure that no COVID virus could resist. They also included neutralizing antibodies in the design so that once the virus was captured, the body’s immune cells would quickly engulf and destroy the trap, virus and all.

Early tests in mouse models showed the traps to be effective in containing and eliminating the virus. They then tested the traps using a pair of donated human lungs connected to a perfusion device and ventilator. They found that the nanotraps were able to completely block the virus from infecting the lungs.

The team is now investigating ways their nanotraps can be applied to other variants of the virus and has begun talks with pharmaceutical companies to license the technology.

From fundamental science to clinical treatment, the nanotraps developed by Huang and his team represent the potential of his research.