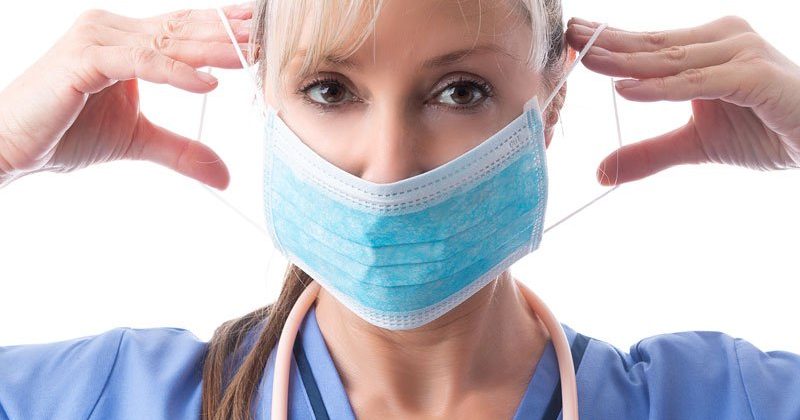 There have been 1.2 million cases of COVID in long-term care residents and staff in the United States, and more than 132,000 people have already died. Nursing facilities account for almost a quarter of COVID deaths nationwide, and although nearly all residents in long-term care homes received vaccines, fewer than half the staff have been vaccinated and many don’t have the protective equipment they need.

About one in nine nursing homes have reported not having a week’s supply of protective equipment. Shortages can be traced, in part, to a cash shortfall, experts say, as fewer people are opting to enter nursing facilities during the pandemic. Slashing revenues is not helping offset the soaring cost of infection control and added equipment, explains Jane Straker, PhD, director of research at Scripps Gerontology Center at Miami University in Oxford, Ohio.

Over the course of the pandemic, cases of COVID-19 have been reported in almost as many long-term care staff members as residents, according to the Centers for Medicare & Medicaid Services (CMS), which cites more than 557,000 cases in staff and 643,000 cases in residents.

It is an “incredible achievement” to vaccinate nearly all residents at the nation’s 15,500 nursing homes, says Joseph Ouslander, MD, professor of geriatric medicine at Schmidt College of Medicine of Florida Atlantic University in Boca Raton, who is executive editor of the Journal of the American Geriatrics Society.

However, when fewer than half the staff members nationwide get vaccinated, there is a gap that can affect community spread, he points out. “We’re not through with this pandemic yet and have to continue to be careful,” explains Ouslander, whose work has focused on the long-term care field for 4 decades.

“Some are afraid of the vaccine,” he acknowledges. But these very staff members are at risk and are also a source of new infections for residents since they come and go daily, interacting with their family members and others in the community. “Staff are a very high risk for spreading the virus and that hasn’t changed.”

A nursing home is a high-touch closed environment, Ouslander explains, “and nursing home residents get touched by staff multiple times a day.”

Staffing shortages are also still affecting long-term care homes. In mid-February, more than one in four nursing homes reported a shortage of nurses or aides in the previous 4 weeks; at the state level, those percentages ranged from 4% to 46%.

This shortfall is hardly unique to the pandemic, but it has been stoked by COVID-19, Straker says. “If resident case counts rise, the very next week we see staff shortages because all those staff who worked with infected residents have to stay home and quarantine. It’s very much a chicken-and-egg problem.”

Staffing issues that became evident during the pandemic are part of a wider, longer-term problem, she says, and include the low wages paid to nursing home workers.

Certified nurse aides receive barely more than minimum wage, and many lack paid sick leave, health insurance, and other benefits, Ouslander says. And in most nursing homes, private-pay residents on Medicare end up subsidizing the care of low-income Medicaid residents, according to Straker.

“We’ve now illuminated just how we’ve been treating our most vulnerable older adults,” she says. “We’ve got to make this a desirable profession,” she adds. “Until we value the humans on both sides of this, I don’t know how this is going to get better.”

The initial media focus on nursing homes was “disheartening,” says Straker, explaining that nursing home leaders and staffers felt “beaten up” by the attention they received.

It amounted to “blaming the victims a bit, when it’s not their fault they can’t get PPE or testing,” she says. “No one was there to provide the infrastructure that would have stopped this way before those numbers got so big.”

Jean Davison cried almost every night as she watched national news broadcasts early in the COVID-19 pandemic. Stories of rampant deaths — especially among nursing facility and other long-term care residents — hit particularly close to home for the 68-year-old retiree, who lives in a similar community in Greensboro, North Carolina.

But weekly updates on her enclave’s closed-circuit TV channel were starkly brighter. For the first 6 months of the crisis, not a single case struck her continuing care retirement community, which houses about 1000 residents, 65 to 100 years of age, on two campuses in independent living, rehabilitation, and skilled nursing care facilities.

It took until November for the seemingly inevitable to happen, breaking the streak and changing Davison’s already careful behavior. She stopped going into grocery stores, opting for curbside pickup; stopped walking outdoors with a friend whose virus hygiene measures seemed sloppy; “stopped doing everything,” fearing bringing the virus into her tight-knit section of independent-living villas, where residents once took turns hosting drinks-and-nibbles gatherings every Sunday afternoon.

“It changed my attitude about our vulnerability, everyone here, not just mine,” says the grandmother of nine, who lives with her 74-year-old husband. “If I did something stupid and brought the virus home to this community, I would have felt terrible about it. I do think that guided my behavior.”

The late arrival of COVID-19 at Davison’s WellSpring community reflects a larger trend in North Carolina, where caseloads in long-term care facilities peaked about a month after the national peak in late December.

About 83% of COVID deaths in North Carolina were in people 65 years and older, according to Mark Hensley, associate state director of community outreach and advocacy at AARP North Carolina.

“Every state is far better than they were, and North Carolina is seeing about a 15-fold decrease in cases in just the last 2 months,” says Susan Kansagra, MD, MBA, section chief of the chronic disease and injury section of the North Carolina Division of Public Health.

In fact, geriatrics experts and others are finally breathing easier in the wake of jaw-dropping COVID-19 losses among the nation’s elderly. After peaking nationwide in December — at more than 30,000 cases and 7,000 deaths in 1 week — cases and deaths at long-term care facilities have taken a nosedive.

Until just weeks ago, numbers were higher than they were in late summer; now, they are at their lowest point since the beginning of the pandemic. For the week ending March 14, fewer than 1000 cases and 400 deaths were logged in long-term care facilities.

Despite a delay in the onset of cases at WellSpring, the continuing care retirement community where Davison lives, Steve Fleming, MBA, president and CEO of WellSpring, anxiously watched last December as caseloads and deaths in North Carolina grew to mirror the national peak in December.

“That’s when we exploded, quite frankly,” Fleming explains. “Our state had slight ebbs and flows, all within a fairly narrow range, and then Thanksgiving to Christmas was a superspreader event. Despite all the warnings, I think people had gatherings with family.”

After months of “practicing every protocol we could,” including shutting down the common dining room and all activities, WellSpring’s two campuses saw just under 40 cases in residents — 25 in the skilled nursing facilities alone — and 36 cases in staff. Five residents died.

“As soon as community rates go up, there’s a direct correlation between what’s happening locally and what’s going to happen in your facility,” he explains. “Just like politics, COVID is local.”

Another mischaracterization of long-term care, Straker says, is that all residents isolated in place 24/7 once the pandemic descended. “But the reality is, they’re not prisoners in these facilities. They go out to physician appointments, they see their grandkids, they go out to lunch.”

“Anecdotally, I know of a lot of nursing homes where residents went out for family gatherings over the holidays, against facility wishes and perhaps advice. I don’t think anybody in the industry was surprised,” Straker says. “Disappointed, but not surprised.”

With the push to prioritize COVID vaccinations for seniors, who were among the first in line in the nationwide rollout, about 2.8 million residents at long-term care homes are now fully vaccinated. The blanketing of inoculations led the Centers for Disease Control and Prevention and the CMS to release new guidance, allowing in-person indoor or outdoor visitation at long-term care homes in most circumstances.

The vast improvement in caseloads and deaths allowed North Carolina to follow suit. Indoor visitation is now allowed for all residents, regardless of vaccination status, except in limited situations.

But the easing of visitation regulations in nursing homes could have the undesired effect of fueling new cases and deaths just as a broader national recovery comes into in view, Straker points out.

“This still doesn’t diminish the need for families to come in and for residents to re-engage with others,” she says.

Still, “the negative impact that not opening up” might have is worrying, says Bill Lamb, MSW, MPA, president of the board of Friends of Residents in long-term care, a nonprofit advocacy organization in Raleigh, North Carolina.

Families do more than visit relatives; they significantly chip in with hands-on care, such as feeding and dressing, Lamb explains. “Think again if you think facilities have been replacing that level of care; they’re not.”

“It’s a three-legged stool: provider, resident, family,” Fleming says. “If you don’t have all of that, the stool is lopsided and we were out of balance.”

Nearly 100% of WellSping residents have been vaccinated, and it’s been 2 months since there was an active COVID case in the community, he reports.

The crisis has prompted many nursing facilities to band together, developing partnerships and sharing expertise.

“I don’t think those networks are going to be put away,” Straker says. “Nursing homes are competitors in a way, but in this pandemic, they’ve banded together to share PPE and what they’ve learned that works, from infection control to how to communicate with families. Competitors became allies, which is great progress.”

“This has been a great learning experience for all of us that we don’t want to repeat,” Fleming adds.