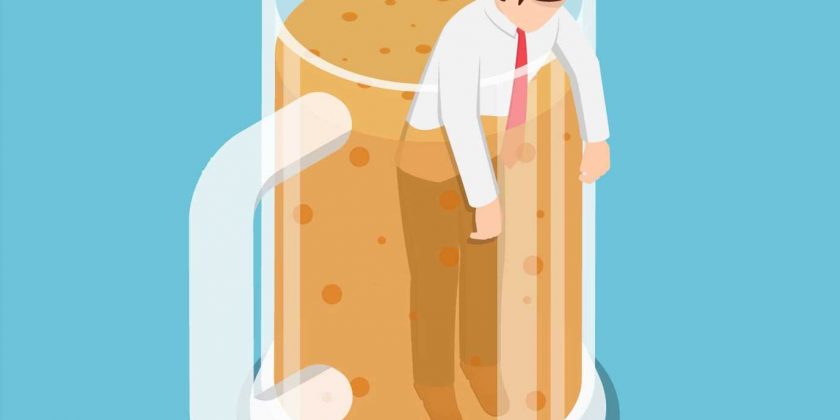 There’s no denying it: Waking up with a hangover can be awful. The intense headache coupled with random waves of nausea is usually enough to make you consider giving up drinking forever (or at least until next weekend).

But there’s more to it than just feeling like crap. Your body and brain are working overtime to help you recover from those beverages.

Curious what’s actually happening internally the day after drinking? Below, experts break it down.

Your body is working to flush out toxins.

According to Kate Denniston, a licensed naturopathic doctor based in Los Angeles and the founder of Los Angeles Integrative Health, the cause of a hangover is not actually the alcohol itself. Rather, it’s the byproducts of the alcohol metabolizing that cause hangover symptoms, she said.

As your body breaks down your favorite cocktails, it creates a toxin called acetaldehyde. Your body works hard to flush out that toxin ― which is also a carcinogen, by the way ― leading to some pretty painful symptoms.

Your kidneys and liver are forced to do some major work. 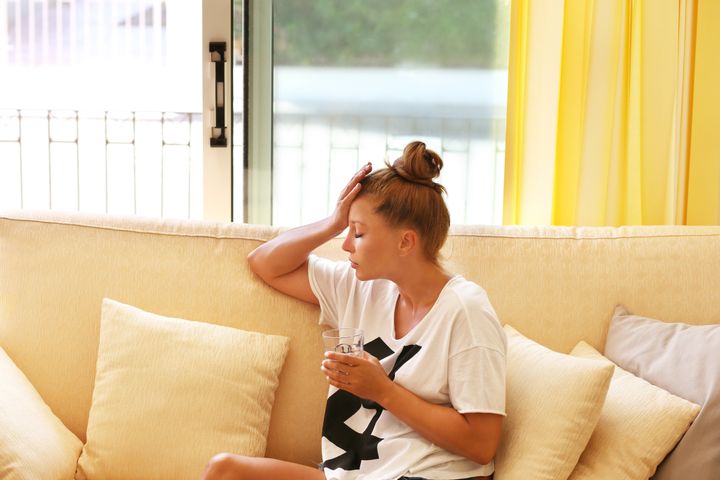 In an attempt to remove acetaldehyde from the body, your kidneys will really kick into gear. This leads to increased urination, which can quickly lead to dehydration and extreme thirst, even head pain and dizziness.

In other words, “a hangover is essentially the signs and symptoms of dehydration and [a result] of the body trying to rid itself of a toxin — a process which challenges the liver and kidneys,” said Ralph E. Holsworth, a board-certified osteopathic physician at Southeast Colorado Hospital in Springfield, Colorado.

Your stomach lining is all kinds of irritated.

You can thank this for all that post-drinking nausea and, er, excess bathroom trips.

You may experience anxiety.

Studies have shown that alcohol can lead to increased anxiety in some people. One study published in 2012 found that 7.4% of those experiencing a hangover had anxiety as a post-drinking symptom. Other research suggests heavy drinking “lowers mood, disrupts sleep, increases anxiety” and produces “physical” and “emotional” symptoms the morning after. Finally, a study published in 2015 found many social drinkers may feel emotions like shame, guilt and embarrassment following a drinking period. 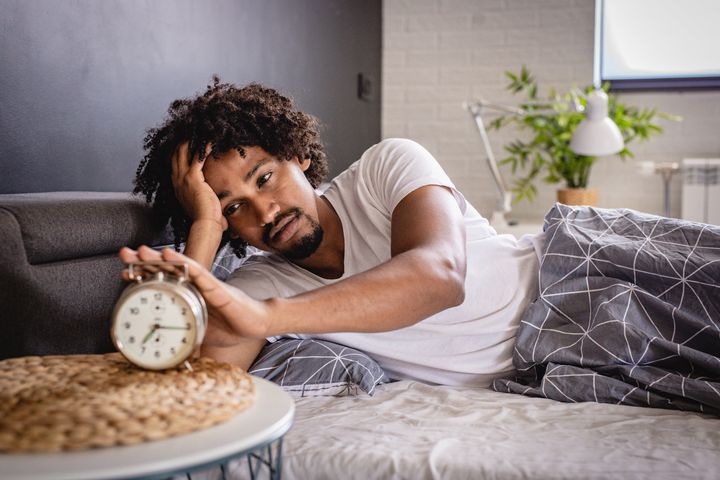 Jorandby said alcohol can trigger inflammation in the body, which can also lead to those symptoms like headaches. Anti-inflammatories can offer some help with this, but you should be mindful of which ones. Avoid acetaminophen, AKA Tylenol.

“Tylenol is already toxic to the liver at certain doses, and if you add this to residual alcohol in the body it can be dangerous,” Jorandby said.

As you get older, your body takes longer to process all this because of fewer available resources.

We may age like a fine wine in all ways but hangovers.

As we get older, our bodies are less prepared to deal with drunken shenanigans, which leaves us having a harder time dealing with hangovers starting in our late 20s. While the reason for this isn’t completely understood, some believe it has to do with the speed in which our bodies are able to process the things we consume.

“Hangovers get worse as we age because every time we drink, we deplete vital resources on our body that help break down and process alcohol,” said Christopher Roselle, a fourth-year Ph.D. candidate and cellular expert at the University of Pennsylvania, who is studying cancer immunology.

“Basically, every time we drink we use ammo to defend against the toxins created by alcohol, and over time, we have less and less ammo,” Roselle said. “Therefore, as we age, our defenses are weakened and our bodies become less and less capable of defending against hangovers.”

In this case, the ammo being referred to would be antioxidants, enzymes and amino acids found in your liver, which are necessary for metabolizing alcohol.

“As we age, we secrete lower concentrations of liver enzymes, which draws out the process and lengthens the duration of the hangover,” added Leigh Renwick, a registered dietician at Copeman Healthcare Centre in Vancouver.

How To Ease The Hangover Pain If you’re dealing with the pain of a hangover, there are a few ways to curb it and some tips to keep in mind for the future. Follow this helpful wisdom:

First, watch what you drink.

The obvious answer here is to be mindful of how much alcohol you consume in the future. Social drinking can turn into binge drinking way quicker than most realize. The best way to prevent a hangover is to keep tabs on how much alcohol you consume. (And if you can’t control it, there are resources that can help. It’s OK to reach out for treatment or assistance ― you deserve to live a happy, healthy life.)

Stick to certain types of alcohol when you do drink.

“Avoid darker-colored alcoholic drinks, including whiskey and red wines. Lighter drinks such as gin and vodka have fewer [alcohol components like] congeners or methanol metabolites, which tend to exacerbate hangover symptoms,” Jorandby said.

You should also consider “avoiding sugary drinks or cocktails, which may cause rebound low blood sugars and irritate the stomach, leading to a worse hangover,” Renwick added.

Chug H2O, maybe even more than you think you need.

Since dehydration plays such a major role here, most experts will agree that the best way to reduce the likelihood of a hangover is to drink water in order to stay hydrated and dilute the level of alcohol in your blood.

“Do yourself a favor and stay hydrated. Ever notice every bar gives you a glass of water with your drink? Take advantage and try to go one-to-one on alcohol and water. Your head will thank you later,” she said.

Meshulam also suggested having a “balanced meal with protein, fat and high-fiber carbohydrates” before going out to drink.

Try a tiny bit of caffeine.

“Caffeine doesn’t cure a hangover, but will help you be more alert and help clear brain fog. Be careful not to over do caffeine as it can dehydrate you as well,” Jorandby said. (In other words, don’t use coffee to replace the water you should also be drinking.)

Stay far away from the hair of the dog.

Sorry, but that Bloody Mary isn’t your cure. It’s not going to make your symptoms better in the moment, and might fuel a more dangerous scenario in the long term.

“Don’t reach for more alcohol in order to get rid of the hangover,” Jorandby said. “It will become a vicious cycle … and could lead to addiction.”

Need help with substance abuse or mental health issues? In the U.S., call 800-662-HELP (4357) for the SAMHSA National Helpline.