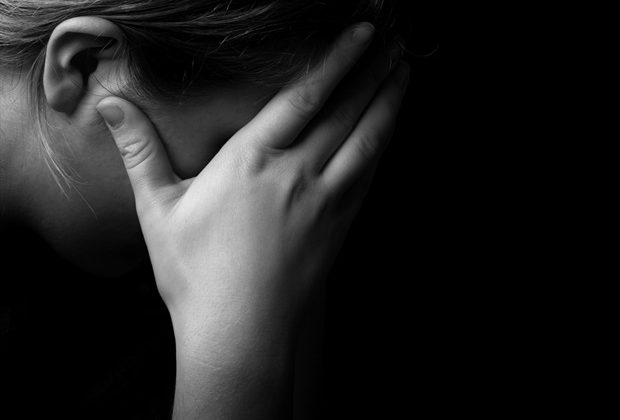 Researchers from the Icahn School of Medicine at Mount Sinai have learned that the way the brain processes the complex emotion of regret may be linked to an individual's ability to cope with stress, and altered in psychiatric disorders like depression.

The study, published October 19 in Science Advances, reveals that mice show sensitivity to two distinct types of regret and that these different thought processes likely stem from different parts of the brain. The team also discovered that a genetic marker that predisposes maladaptive stress response traits and vulnerability to depression was linked to sensitivity to one type of regret whereas healthy and stress-resilient animals were instead sensitive to a second type of regret.

These novel findings could have broad implications for multiple fields, including psychiatry, psychology, and behavioral economics, and could inform the future design of targeted therapies for mood disorders in humans.

Until now, little has been known about how sensitivity to regret may be altered in mood disorders like depression. For example, is regret exaggerated and do individuals hyper-ruminate on past decisions, or are those with depression numb to this emotion? Is this adaptive or maladaptive, and are individuals unable to learn from their mistakes? To date, for patients struggling with depression, there has been no clear description of regret as a defining feature of the condition."

Building on previous work demonstrating that rats and mice are capable of processing regret-like thoughts, the Mount Sinai study pushes the boundaries of what can be captured in rodent models used for the study of mental illnesses. The authors accomplished this goal by combining sophisticated approaches in behavioral economics and chronic stress procedures with viral gene therapy to study the neural and molecular basis of complex decision making in animals.

This methodology built on principles of neuroeconomics, which is the study of how the physical limits of the brain give rise to biases we have when making decisions. This approach enabled researchers to capture how complex choices made in one's past can impact subsequent decisions and, importantly, how the way in which individuals process or realize missed opportunities is capable of interacting with affective states when influencing future choices-;the basis of regret.

The team trained mice on a decision-making task termed "Restaurant Row" during which animals navigated a maze foraging for their sole source of food (see animation). Mice were allotted a limited amount of time each day to invest in rewards of varying costs (delays randomly selected from 1 to 30 seconds signaled by the pitch of a tone) and subjective value (unique flavors tied to four separate locations, or "restaurants"). Mice chose to enter or skip each restaurant depending on the cost and flavor presented. If mice accepted an offer by entering the restaurant, they were tasked to wait out a countdown in order to earn the reward before moving on to the next restaurant. Mice displayed stable preferences of willingness to wait depending on each restaurant's flavor. A violation in one's own decision policy can be interpreted as the first step in constructing a situation that could invoke regret.

Among the major findings is the existence of two distinct types of regret that are not generic but, rather, associated with separate parts of the brain, depending on the exact nature of the missed opportunity that is being processed. Both types involve animals making mistakes. However, type one regret was defined as an "economic violation" in which animals walked away from a good opportunity only to get burned on subsequent trials (see summary figure). Conversely, type two regret was defined as decisions in which animals made poor choices to invest their limited time in offers they typically could not afford. Thus, type one regret is framed by the individual's realization that they missed or passed up a favorable opportunity, while type two regret is characterized by facing the decision to cut one's losses and move on. Although both types of regret may involve reflecting on the road not traveled and what could have been, type one regret emphasizes the choice of having let something good go, while type two regret emphasizes having to change one's mind. This study found that the weight these mistakes carry in altering future decisions are biologically distinct and uniquely linked to stress-response traits.

Compilation of the top interviews, articles, and news in the last year.
Download a copy today

"We discovered that stress-susceptible mice were hypersensitive to type one regret and insensitive to type two regret while, conversely, healthy mice were insensitive to type one regret and only sensitive to type two, enhanced more so in stress-resilient mice," explains co-author Scott Russo, PhD, Professor of Neuroscience, and Psychiatry, Icahn Mount Sinai. "These findings tell us that the way the brain processes mistakes is multifactorial and linked to the ability to cope with stress, and that one type of regret is part of a healthy set of emotional traits while the other may be part of the disease process itself. Like pain, some forms of which are healthy and adaptive while others are pathological, we found that not all forms of regret are the same and they derive from different circuits in the brain."

According to Dr. Sweis, who is currently training as a psychiatrist at Mount Sinai, the team's research could have a significant impact on clinical practice, even by informing the way in which mental health providers interview patients with mood disorders.

"Prior to our study, professionals may not have thought to ask patients more specific questions during psychiatric evaluations detailing and subcategorizing regret with the level of delicacy we've outlined," says Dr. Sweis. "Our work may improve how psychiatric interviews could be conducted to better identify what thought processes should be reinforced versus extinguished, informed by cutting-edge scientific discoveries in neuroscience and computational psychiatry. Our research could help steer clinician-patient interviews toward discerning specific circuits that may be contributing to one's mood disorders and develop therapeutic approaches accordingly."

The Mount Sinai researchers also discovered that a gene known to regulate many stress-sensitive responses in the brain-;CREB-;may independently influence the two types of regret in separate brain regions: the medial prefrontal cortex and the nucleus accumbens.

"In both humans and mice, this gene is known to promote stress resilience in the medial prefrontal cortex while conferring the opposite, vulnerability to stress, in the nucleus accumbens," says Romain Durand-de Cuttoli, PhD, first author of the study and a postdoctoral researcher at Mount Sinai.

Until now, it remained unclear what role, if any, CREB function plays in more complex emotional processes. By experimentally manipulating CREB activity in both brain regions, the team found a biological connection and a potential molecular target to develop new therapies that could alter certain aspects of regret in a brain-region-specific manner in order to restore healthy emotional processing, while ameliorating potentially unhealthy and pathological forms of this complex emotion.

"Knowing that subtypes of regret-processing stem from different brain regions has broad implications for appreciating which brain circuits are not only driving different choices but the different ways in which we reflect on our past," says Dr. Durand-de Cuttoli, "and how more precise interventions, whether through drug development or more invasive neuromodulation approaches, tailored to specific pathological emotional traits may be targeted to treat mood disorders more effectively."