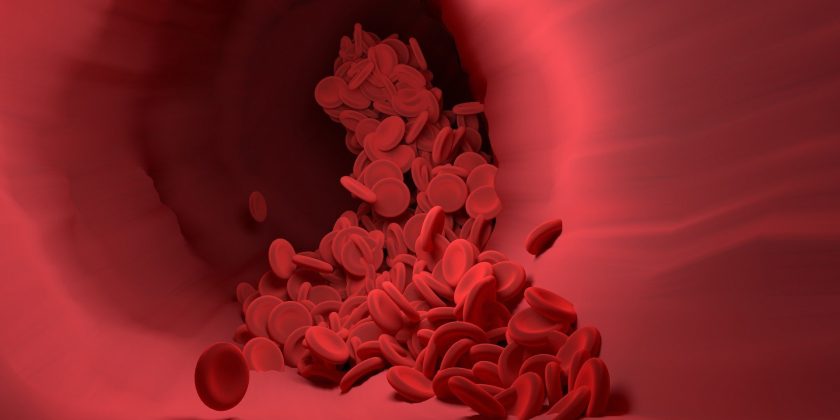 An invisible lining of blood vessels uses a vast network of connections to control all cardiovascular functions and the risk of developing cardiovascular disease.

Cardiovascular disease is a group of conditions that can arise from a lack of physical activity, poor diet, or certain disorders. Scientists have known that the development of these conditions begins with changes in vascular endothelial cells—the cells that line the body’s blood vessels. But why and how changes in endothelial cell function occur is not entirely clear.

New research led at the University of Strathclyde’s Vascular Imaging Centre has shown that these cells use a sophisticated system to communicate with each other. Failures in this communication system may be the first step in the development of cardiovascular disease.

The endothelium is the thin inner layer of cells in blood vessels and it regulates blood flow, blood pressure, blood clotting, inflammation and response to disease. It continually processes the vast amounts of information held in the composition of blood, and chemicals in the area around each blood vessel to keep the cardiovascular system working properly.

The Strathclyde study has discovered that there are clusters of cells in the endothelium that are specialized to particular functions and they operate in cliques. Between cliques, numerous interlinked connections act to convey information and there is a high density of connections to protect the system against communication failures. The system bypasses neighboring cells by using short-cuts to transmit information quickly over distance.

The findings also indicate that changes in the organization of communication, rather than behavior and function of individual cells, may underlie disease.

The researchers addressed the nature of the communication network by using single-cell calcium ion imaging across thousands of endothelial cells in intact blood vessels and applying mathematical network (graph) theory. The study, conducted with the Karolinska Institutet in Stockholm, has been published in the journal Proceedings of the National Academy of Sciences.

Professor John McCarron, of Strathclyde Institute of Pharmacy and Biomedical Sciences, says that “cells in the endothelium are a major target for the control of cardiovascular disease and are often treated as being a uniform population of cells. Our findings show the cells are not uniform but specialized to particular types of function.”