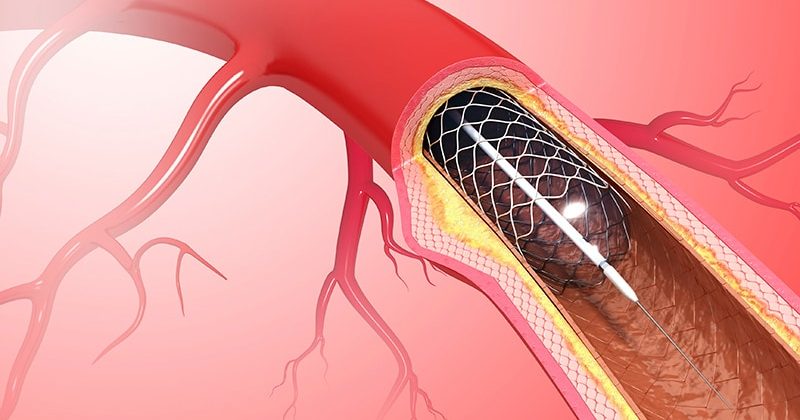 Patients who have paclitaxel-coated stents and balloons have survival and outcomes comparable to those who have a bare-metal stent or percutaneous transluminal angioplasty, according to updated results from a large study of almost 170,000 Medicare beneficiaries.

Notably, Eric A. Secemsky, MD, MSc, said in an interview, that included more than 32,000 patients with more than 5 years of follow-up. He presented the results at the Society for Cardiovascular Angiography & Interventions annual scientific sessions.

“What we’re seeing now with this study is that paclitaxel-coated devices [PCDs] have the same long-term survival compared to those treated with non–drug-coated devices (NDCDs),” said Secemsky, director of vascular intervention at Beth Israel Deaconess Medical Center in Boston. “I think this is another important piece and some of the longest-term data in this size population to demonstrate the long-term safety of PCD, and hopefully it will help us get back to normal practice that has been halted now for over 3 years.”

That was a reference to the 2018 meta-analysis by Konstantinos Katsanos, MD, PhD, of Patras University in Greece, and colleagues, which showed an increased risk of death after PCD placements. That study threw a wet blanket of sorts on PCD use, Secemsky said.

The median follow-up for SAFE-PAD (formally called the Safety Assessment of Femoropopliteal Endovascular treatment with Paclitaxel-coated Devices) was 3.5 years, with the longest follow-up, 6.3 years. The weighted cumulative incidence of mortality at 6.3 years was 63.6% with NDCDs and 62.5% with DCDs (hazard ratio, 0.98; 95% confidence interval, 0.96-0.99; P < .0001). A subgroup analysis found no link between DCDs and increased death in low-risk patients, low-comorbid patients, inpatient or outpatient treatment, patients without critical limb ischemia, or patients treated with stents or balloon angioplasty alone.

“This report and the length of follow-up is one more piece that has continued to demonstrate safety with PCDs,” Secemsky said. He added that these results fall in line with smaller studies that failed to show a link between DCDs and long-term mortality, notably the SWEDEPAD randomized study of 2,289 patients evaluated through 4 years, and a subanalysis of 4,000 patients in VOYAGER-PAD through 42 months of follow-up.

“So we’ve really shown through these data sets and others that we can’t replicate any harms that we’ve seen in that Katsanos meta-analysis, and it suggests that there was some bias in that meta-analysis.”

Strengths of the study are its size and the way it followed the patients longitudinally, Sahil A. Parikh, MD, director of endovascular services at Columbia University Vagelos College of Physicians and Surgeons in New York, said in an interview.

With regard to its limitations, Parikh said, “On the other hand, it’s a claims database which doesn’t have the granularity about the patients’ specific procedural factors,” he said. “There are gaps that might further inform the value of lack thereof of the drug-coated device, but certainly at the topline, which is the hard endpoint of mortality, you can read quite a lot and you can assume that with such large numbers, the signal-to-noise ratio would be sufficiently sensitive that you get a real signal.”

With these updated SAFE-PAD results along with other studies, Parikh said, “If one weighs the risk benefit of cardiac lesion revascularization regarding requiring a repeat procedure vs. the risk of mortality from paclitaxel, if there is such a thing, I think most physicians have come back and the pendulum has swung back considering it reasonable to use paclitaxel products.”

That’s a message that will resonate with patients reluctant to return to the hospital since the COVID-19 outbreak, he said. “If you can tell them we can avoid a repeat trip to the hospital, they’re all for it,” Parikh said.

The study results were published simultaneously with Secemsky’s presentation. Funding for SAFE-PAD came from a multi-industry consortium consisting of BD, Boston Scientific, Cook Medical, Medtronic and Philips, which wasn’t involved in the study design or analysis.