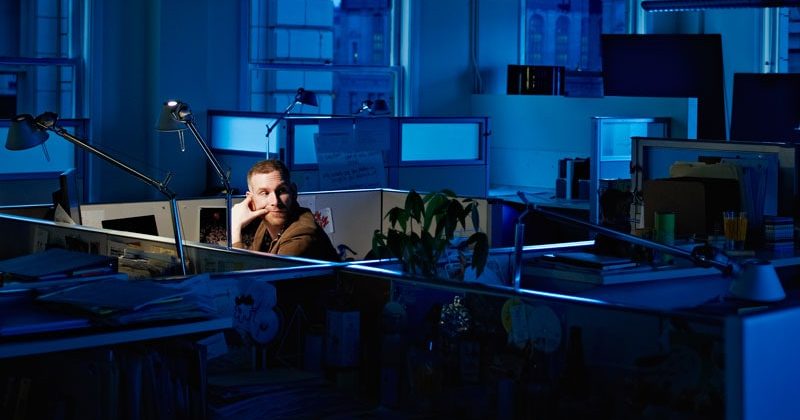 Nightshifts not only disrupt sleep patterns, they are also associated with an increased risk for atrial fibrillation (AF) and coronary heart disease, results of a large-scale observational study suggest.

This is the first research to look at links between night shifts and AF, according to one of the study’s lead authors.

“Shiftwork leads to sleep deprivation and circadian rhythm disruption, which have been associated with various cardiometabolic disorders, [but] no prior study has assessed the relation with atrial fibrillation,” said Lu Qi, MD, PhD, Department of Epidemiology, Tulane University School of Public Health and Tropical Medicine, New Orleans.

Nightshift work also was associated with a significantly increased risk for coronary heart disease (CHD), although not for stroke or heart failure.

The findings were published online August 10 in the European Heart Journal.

The results are not surprising given that sleep loss and significant disruptions to circadian rhythm with frequent night shifts can result in higher adrenaline levels, leading to increased oxygen consumption and workload on the heart, said Rakesh Gopinathannair, MD, director, cardiac EP lab, Kansas City Heart Rhythm Institute, Overland Park, and chair of the American Heart Association electrocardiography and arrhythmia committee. “Additionally, nightshift work can result in increased inflammatory markers that can trigger arrhythmias such as AF,” he added.

The fact women were more susceptible to AF than men who worked nightshifts for more than 10 years was an interesting observation, although this study can’t explain why that is. Gopinathannair pointed to previous research that has shown women being more affected by changes in circadian rhythm as a possible explanation, but “the exact mechanisms are unclear at this time and need further study,” he said.

Researchers looked at 283,657 employed people without AF, and another 276,009 without CHD, stroke, or heart failure at baseline, enrolled in the UK Biobank, a large-scale database containing in-depth genetic and health information.

During a median follow-up of 10.4 years, 5777 incident AF cases were documented. An increasing trend in the risk for incident AF was seen as nightshifts increased, from “day workers” to shift workers who “never/rarely” worked nightshifts, worked “some” nightshifts, and worked “usual/permanent” nightshifts (P for trend .013). Usual or permanent nightshift work was associated with the highest risk, with a hazard ratio (HR) of 1.16 (95% CI, 1.02 – 1.32).

Participants with a duration of nightshift work over 10 years had even higher AF risk than shift workers who never worked nights (HR, 1.18) and than those who worked an average of three to eight nights (HR, 1.22). None of these relationships was modified by genetic predisposition to AF.

They note that there was a “consistent linear” relationship between lifetime duration of night shift work and the risk for AF and CHD, suggesting that “a duration of 10 or more years might be a risk factor.”

However, in terms of frequency, those who worked an average of three to eight nights per month, rather than more than eight nights a month, “had the highest likelihoods of AF,” a trend also seen in associations with CHD, stroke, and HF.

“The data suggest that sleep deprivation may exert stronger adverse effects on macrovascular disorders than microvascular events,” said Qi, noting that the small number of stroke cases could have also been a factor in the results.

Perhaps not surprisingly, physical activity proved beneficial in reducing AF risk. Lifetime nightshift workers who reported doing 150 minutes per week of moderate physical activity or at least 75 minutes of vigorous activity (or a combination of both), had a lower risk for AF than people who were less active.

The researchers point out that the results raise the question of whether changing work schedules could reduce this risk. “Whether decreasing nightshift work frequency and duration might represent another avenue to improve heart health during working life and beyond warrants further study,” they conclude.

The researchers are hopeful the findings will have an impact on future policies. “We expect our study may motivate further investigations to provide evidence that could be the basis for future shiftwork guidelines,” said Qi.

“Humans are not programmed to do [nightshifts] regularly and for the long term, and so one needs to be mindful of frequent and longstanding alterations in their circadian rhythm,” said Gopinathannair. “System-wide interventions in how nightshifts are allotted may be needed to allow for better health of the employees.”

He suggested also that future research should focus on racial disparities, as the current study population was predominantly white.

Rosalind Stefanac is a journalist based in Toronto, specializing in health issues.