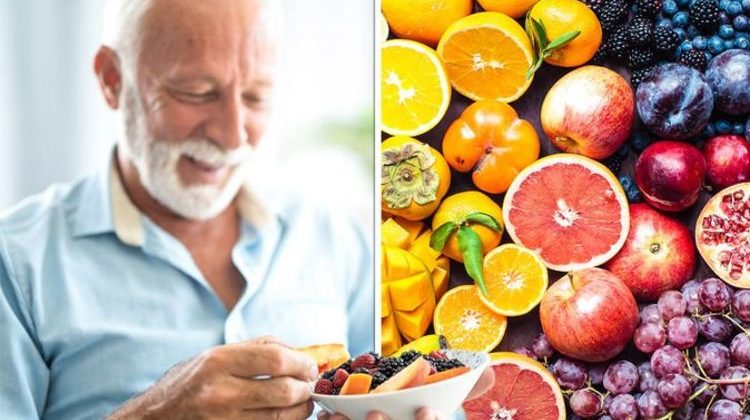 Paul Sinha talks about the symptoms of his Parkinson's diagnosis

Parkinson’s is caused by a loss of nerve cells in part of the brain, causing involuntary and unregulated movement of the body. Eating a nourishing diet can help to manage symptoms of this debilitating condition, and there are a number of beneficial foods which have proven particularly effective. A new study has identified the benefits of three simple fruits – but what are they? How could they help Parkinson’s patients?

A new study conducted by scientists at Pennsylvania University has found a promising link between a fruit-filled diet and Parkinson’s.

Researchers found Parkinson’s patients who had a diet rich in berries were less likely to die from the disease.

Apples and oranges are also thought to have similar effects on patients, promoting longer life and reducing the impact of symptoms on a daily basis.

While there is no singular diet that should be followed by those living with Parkinson’s, a healthy diet packed with vitamins and antioxidants has been proven to manage symptoms.

Which fruits are best for people with Parkinson’s?

The study tracked the diets of 1,250 people with Parkinson’s over the course of three decades before gathering the results.

One of the main findings concluded eating one portion of strawberries, as little as every other day, could significantly extend the lives of patients.

Participants who consumed an average of 673mg of flavonoids per day were 70 percent more likely to survive the length of the study.

While this generous flavonoid serving equates to six apples per day, scientists found just three servings per week could also be beneficial.

What else did the study find?

The average age of the participants was 72-years-old and was an equal split of both men and women.

Over the 32 year study, 75 percent of participants died, though many died with the condition, rather than from it.

A key conclusion drawn from the study found patients who consumed three portions of berries per week were less likely to die by the end of the study than those who ate just one serving per month.

On average, those who consumed the lower bracket of flavonoids each week had a lower survival rate than those who had an increased intake.

Why are these fruits good for the body?

As a notoriously progressive disease, Parkinson’s is known to gradually worsen over time.

Flavonoids found in apples, oranges, berries and tea are renowned for their antioxidant properties which can help to manage symptoms by protecting the brain cells.

Professor Xiang Gao, the epidemiologist who led the study said: ‘If someone with Parkinson’s is able to add a few servings of berries, apples, oranges and tea to their weekly diets, our results suggest it may be an easy and low-risk way to possibly improve their outcome.”

While the study is promising, Professor Gao admitted further research is needed to explain the specific link between these specific fruits and their role in managing Parkinson’s.

Symptoms of this debilitating condition often develop slowly over the years.

While the progression of physical symptoms is different for everyone, the Parkinson’s Foundation says there are a few common symptoms patients may experience.

The NHS also recognises a number of psychological symptoms linked to Parkinson’s disease, including: