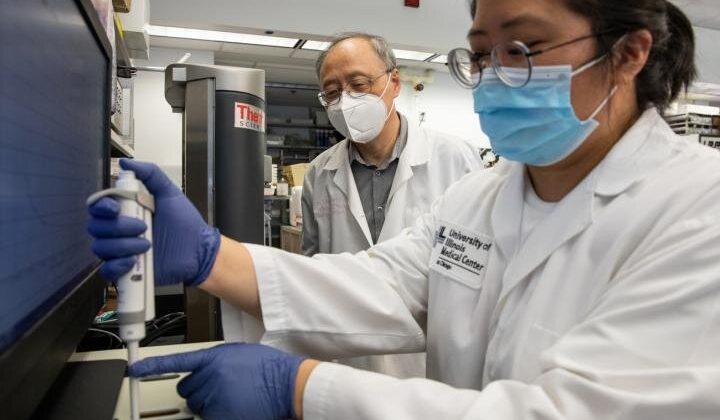 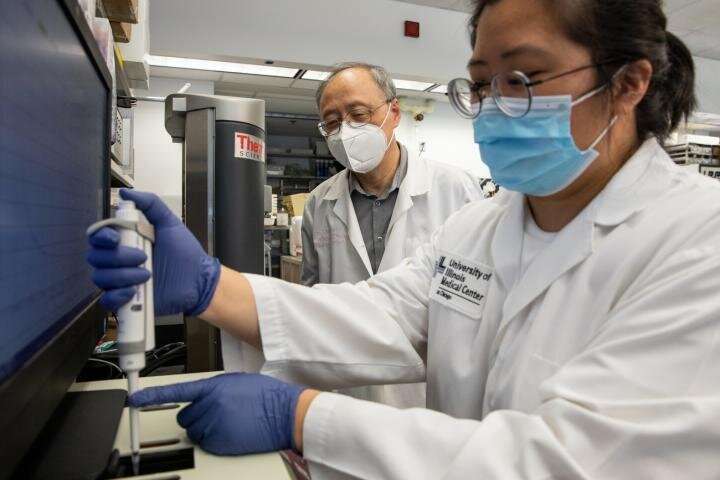 Researchers at the University of Illinois at Chicago have developed a new drug that prevents blood clots without causing an increased risk of bleeding, a common side effect of all antiplatelet medications currently available.

A new study published in the journal Science Translational Medicine describes the drug and its delivery mechanisms and shows that the drug is also an effective treatment for heart attack in animal models.

Xiaoping Du, UIC professor of pharmacology and regenerative medicine at the College of Medicine, led the research.

“Unfortunately, current antiplatelet medications prevent the blood clotting that cause heart attack and stroke but also disrupt platelets’ ability to stop bleeding if a blood vessel is torn,” Du said. “In some cases, severe bleeding can be life-threatening. The magic of this new drug is it prevents clots but does not make people prone to bleeding, which other drugs have failed to do.”

In a previous study, Du and his colleagues identified a signaling mechanism that is important in the blood clotting process but not required for platelets’ ability to adhere to a wound and prevent bleeding. Based on this finding, the researchers derived a peptide to target the signaling mechanism and designed a nanoparticle that successfully delivered the peptide into platelets.

Du said a heart attack can cause heart failure and death in two different ways. One, from the initial damage caused by the clot, which blocks blood flow and reduces oxygen supply. This typically is treated by a procedure called angioplasty and a stent to open the artery, combined with antiplatelet drugs to prevent it from clotting again. However, fresh blood flowing into the damaged heart tissue following the reopening of the artery can trigger inflammation, causing leaks and clots in small blood vessels and further damage to the heart, Du said.

“This is called reperfusion injury and this is the second way a heart attack can lead to heart failure or death,” Du said. “We were hopeful that this new drug, which does not cause blood vessel leaks, would help limit reperfusion injury and reduce the chance of heart failure and death, and our hypothesis was proved correct—we saw very promising results from our study.”

In the study, among mice that received the treatment, administered as an injection, there was reduced damage to the heart, reduced clotting and reduced inflammation. There also was improved heart function and improved survival.