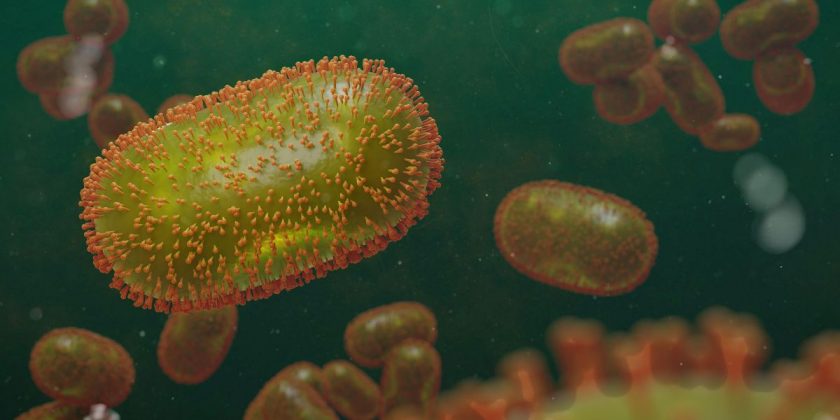 The monkeypox virus may have been spreading at low levels in the United Kingdom for years now, only becoming detectable in the last month, according to health officials.

This is the first time the smallpox-related virus has spread locally outside of West and Central Africa, where it is endemic, as all known past cases outside Africa were related to foreign travel. As of May 25, more than 200 people across 20 countries are confirmed to have monkeypox, the European Centre for Disease Prevention and Control (opens in new tab) (ECDC) reported. Currently, about 106 cases are people in the U.K., according to the U.K. Health Security Agency (opens in new tab) (UKHSA). The majority of cases worldwide have been identified in men who have sex in men, and officials have tentatively traced the origin of the current outbreak to two raves, one in Spain and the other in Belgium, according to news reports.

Officials are now suggesting the possibility that local transmission of monkeypox has been occurring in the U.K. for two to three years. For instance, four monkeypox cases were reported in the U.K. between 2018 and 2019 in individuals who had traveled to Nigeria; another three cases from similar travel were confirmed there in 2021, The Guardian reported (opens in new tab).

“It could hypothetically be that the virus transmission amplified from this low level of transmission when by chance it entered the population that is at present amplifying transmission,” Dr. David Heymann, an infectious disease epidemiologist and WHO advisor, told The Guardian. Heymann said further study is needed to confirm this hypothesis.

The genetic sequences of samples of the monkeypox virus in this outbreak show it is most similar to the monkeypox strain that was reported in the U.K., Israel and Singapore (from African travel) in 2018 and 2019, The Guardian said. Mutations to the current strain could have arisen over time as the virus spread at low levels in the U.K.

—The deadliest viruses in history

—Do other viruses have as many variants as SARS-CoV-2?

For the virus to have picked up these mutations, it must have been spreading in several individuals. “We know that chronic infection is not a plausible scenario, and that means there has been a chain of transmission events that apparently went unnoticed,” Dr. Marc Van Ranst, a virologist at the University of Leuven in Belgium, told The Guardian.

Monkeypox infections show up first with flu-like symptoms along with swollen lymph nodes, according to the Centers for Disease Control and Prevention (opens in new tab) (CDC); one to three days after the fever begins, a person generally develops a rash that starts on the face and spreads across the body. That rash morphs into pus-filled “pimples” that scab over.

So how would such a visually apparent disease get overlooked?

“Between 2019 and 2020, if anybody came up with a rash in any part of Europe, you’re not going to think of monkeypox, your thought would be other diseases that cause a rash,” said Oyewale Tomori, a virologist and adviser to the Nigerian government, as reported by The Guardian.

If just a few cases are missed, those people can then spread the virus at a low rate to others, Tomori added.

Read the full story about monkeypox circulation in the U.K. at The Guardian (opens in new tab).

Jeanna is the editor-in-chief of Live Science. Previously, she was an assistant editor at Scholastic’s Science World magazine. Jeanna has an English degree from Salisbury University, a master’s degree in biogeochemistry and environmental sciences from the University of Maryland, and a graduate science journalism degree from New York University. She has worked as a biologist in Florida, where she monitored wetlands and did field surveys for endangered species. She also received an ocean sciences journalism fellowship from Woods Hole Oceanographic Institution.