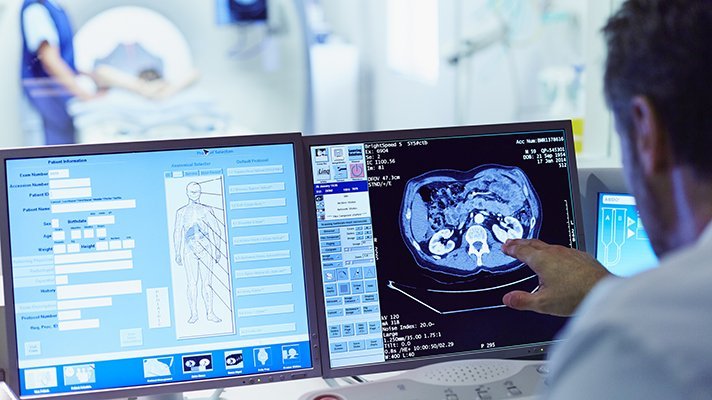 Mercy Technology Services, the IT division of the sprawling St. Louis-based health system, has developed a new cloud-based imaging platform and is commercializing it for other hospitals to deploy.

It's aimed as a way to help hospitals drive efficiency with their imaging processes, replacing outdated and far-flung PACS systems, that require radiologists to spend too much time tracking down imaging reports or switching between stations.

Cloud-based PACS can allow for big time savings and cost efficiencies at cash-strapped small hospitals, such as the one in rural Kansas we reported on this past month, which was able to cut its imaging costs in half.

Mercy, which operates 40 hospitals of various sizes across four states, consolidated its own imaging platform with help from MTS, distilling nine legacy PACS systems into a single hosted technology.

The system, which combines server-side image processing from Visage, a workflow orchestrator from Medicalis and speech recognition from Nuance, has helped radiologists at the health system decrease turnaround time for their reports by up to 50 percent.

Mercy is a longtime health IT leader, and one of the earliest adopters of Epic. Its technology knowhow over the years has enabled it to innovate new advances in telehealth, advanced analytics and more as it has scaled up its infrastructure.

It's also allowed it to be able to share its expertise and tools with other providers. Its Epic accreditation enables allows it to share Epic and other technology with smaller hospitals.

"We're a little bit unique from the standpoint that Mercy sells its IT services to other providers," Mercy CIO Gil Hoffman told Healthcare IT News in 2017. "We have commercialized our IT, and that has taken a lot of work, bringing some other health systems not only into our Epic services but our hosting services as well."

Now, as the latest example of its ability to commercialize and host IT systems for other hospitals, MTS will offer this PACS-as-a-service, whether bundled or by the component, to hospitals across the country.

"Having everything together and viewable with the click of a button – all prior studies, all modalities – means radiologists aren’t waiting and neither are patients," said Steve Bollin, Mercy’s vice president of radiology support services, in a statement

For his part, Hoffman touted the PACS as an efficient and affordable platform, developed as a result of Mercy's own efforts to innovate its technology and workflows.