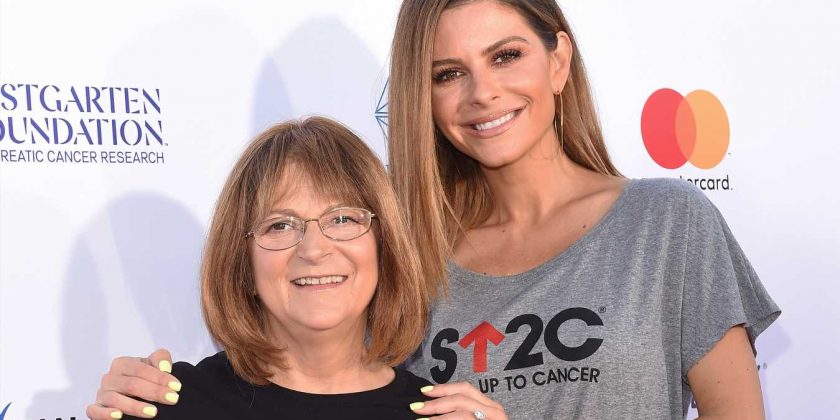 Maria Menounos is opening up about her mother’s health, revealing that she has had a tumor recurrence after having been “stable” as recently as May.

“My mom, we found out recently, has had a tumor recurrence,” the journalist said on her Better Together podcast Monday. “When you have glioblastoma, that’s to be expected in a sense, but something that you never want to hear happen. So it’s been a rough little time.”

Menounos, 41, said that testing revealed her mother’s blood cells’ “killing ability has gone down tremendously,” which is “probably” because of the recurrence.

The journalist also expressed her frustration at the United States’ medical system, saying that she sent her mom, Litsa Menounos, to seek treatment in Mexico to get more thorough testing.

“It’s funny because our medical system, because of the limitations financially and so much more, you know, they test your blood for like your A1C and your thyroid and your cholesterol, just a few things like, they’re not checking your inflammation markers like extensively and all this other stuff,” Menounos explained.

“But in Mexico, they check everything,” she continued. “And so they’re going to do all the immune system boosting things, like the Vitamin C drips and natural killer cell immunotherapies and all kinds of amazing stuff. So I’m super excited about the prospects of just what this will do for her.”

While her mom was originally scheduled to have surgery, Menounos said that her doctor decided “it’s not the best option for her.”

“So I’m really glad that that is off the table,” she said.

The TV host also got candid about the stress she faces as she cares for her mother.

“I was just getting so stressed, because she was telling me different things that were not right with her and I was like, why didn’t you tell me before, because I ask her every day how she’s feeling, and does she have any new symptoms, and she doesn’t tell me anything because she forgets and her brain isn’t working 100 percent properly,” Menounos explained.

“[So that] doesn’t get communicated to me until it’s a 911 situation. And then I’m in a 911 situation, so I’m getting all these pains in my body, that just like didn’t even make sense,” she said. “I was in so much pain because everything is on me to keep her alive and if something else that’s kind of treatable and simple takes her like I start to, like, lose it.”

In 2017, Menounos herself underwent brain surgery to remove a benign tumor, all while her mom was battling Stage 4 brain cancer.

The Sirius XM host said that when she found out the news, all she could do was laugh at the absurdity of the situation.

“I didn’t cry. I actually laughed. It’s so surreal and crazy and unbelievable that my mom has a brain tumor—and now I have one too?” she told PEOPLE at the time.

Last October, Menounos told PEOPLE that she and her mom were both doing well, and that she’s learned how to handle health crises: “I think that the most important thing you can do is try to remain calm and assemble a team around you,” she said. “Whether it’s your best friend or your family or people that are going to help you. I would say a good therapist to lean on is always good, too.”

In September, Menounos celebrated her mom’s 65th birthday, writing on Instagram, “I am so grateful that she’s doing so well and that the birthday celebrations keep on coming!”