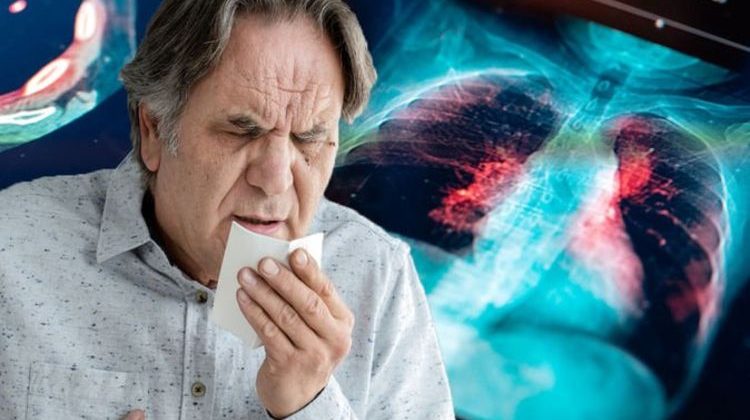 Lung cancer: Signs and symptoms to look out for

When you subscribe we will use the information you provide to send you these newsletters.Sometimes they’ll include recommendations for other related newsletters or services we offer.Our Privacy Notice explains more about how we use your data, and your rights.You can unsubscribe at any time.

Lung cancer is one of the most common types of cancer to be diagnosed in the UK. But most people aren’t diagnosed with the condition until its later stages, because the symptoms can be difficult to spot at first.

Lung cancer is one of the most serious types of cancer, because it may only be spotted once it’s spread to other parts of the body.

Generally, that means the outlook for patients isn’t as positive as other types of cancer.

About a third of all lung cancer patients live with the condition for at least a year after their diagnosis.

Just five percent of patients live for another 10 years after the cancer has been diagnosed. 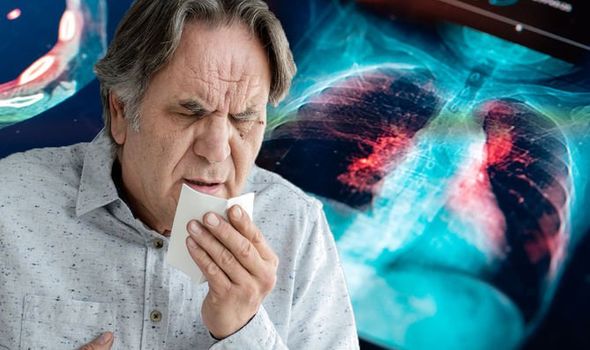 Noticing the symptoms of lung cancer early is absolutely essential, but many people don’t show symptoms until later on.

The most common signs tend to be missed or confused with something less serious, warned The University of Texas’s MD Anderson Cancer Center.

One of the most common symptoms of lung cancer is having a cough that won’t go away, it said.

The cough might get worse over time, and be accompanied by coughing up blood.

“Lung cancer symptoms vary from person to person,” it said. “Early on in the disease, people with lung cancer may not have any symptoms.

“Often, symptoms are easily confused with common respiratory illnesses such as bronchitis or pneumonia, delaying an accurate diagnosis.

“It is important to discuss any lung cancer symptoms with your doctor, since they may also signal other health problems.

“In rare cases, lung cancer can be passed down from one generation to the next.” 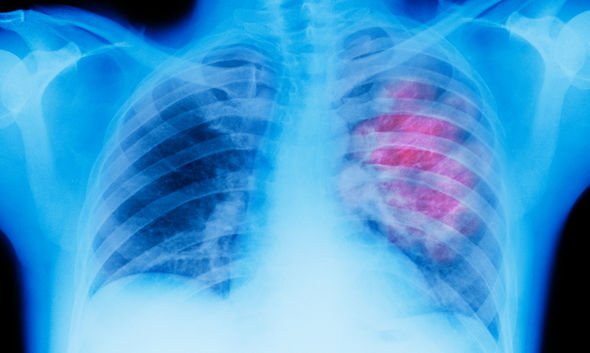 If the cancer spreads to other parts of the body, you may also develop a numb pain in your arms or legs.

Some patients also find that their skin and eyes might turn a yellow colour.

If you’re worried about the signs or symptoms of lung cancer, you should speak to a doctor straight away.

You could be more at risk of lung cancer if you’re a smoker, or eat a high-fat, low-fibre diet.