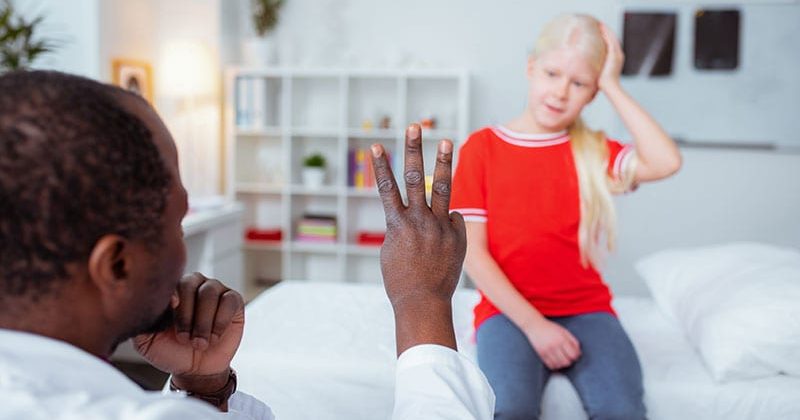 The timing for return to school after a concussion has been the subject of guidelines, but data on how the timing of school returns affects later symptom burdens are limited, Christopher G. Vaughan, PhD, of Children’s National Hospital, Rockville, Md., and colleagues wrote.

Examining how the timing of return to school (RTS) affects later symptoms is needed to inform early postinjury management, they said.

In the new study published in JAMA Network Open, the researchers identified 1,630 children and teens aged 5-18 years who were treated for concussions at nine Canadian pediatric EDs. The primary outcome was symptom burden at 14 days post concussion, based on the Post-Concussion Symptom Inventory (PCSI). Early RTS was defined as missing fewer than 3 days of school post concussion.

Slightly more than half (53.7%) of the participants had an early RTS of 2 missed days or fewer. Later RTS was most common in the oldest age group, followed by the middle and younger age groups.

The researchers used a propensity score–matched analysis to determine associations. At 14 days, an early RTS was associated with reduced symptoms among 8- to 12-year-olds and 13- to 18-year-olds, though not in the youngest patients aged 5-7 years. In addition, the researchers created quantiles based on initial symptom ratings.

For the youngest age group, the association between early RTS and reduced symptoms at day 14 was higher among those with lower initial symptoms.

For the two older groups, the association was higher for those with higher initial symptoms (based on the PCSI).

The findings that earlier RTS was associated with a lower symptom burden at day 14 for those with higher levels of symptoms at baseline was surprising, but the mechanisms of the timing and effect of RTS requires more study, the researchers wrote in their discussion.

The effect of early RTS on symptoms may be in part related to factors such as “the benefits of socialization, reduced stress from not missing too much school, maintaining or returning to a normal sleep-wake schedule, and returning to light to moderate physical activity (gym class and recreational activities),” the researchers noted.

Another study related to recovery and concussion recently appeared in Neurology. In that study, the authors found that those athletes who took a longer time to recover from a sports-related concussion could still return to play with additional time off, but the methods and populations differed from the current study, which focused on RTS rather than returning to play.

The current study findings were limited by several factors including the lack of randomization for RTS timing and a lack of data on the variety of potential supports and accommodations students received, the researchers noted.

However, the results were strengthened by the large size and diverse nature of the concussions, and the roughly equal representation of boys and girls, they said.

Although randomized trials are needed to determine the best timing for RTS, the current study suggests that RTS within 2 days of a concussion is associated with improved symptoms, “and may directly or indirectly promote faster recovery,” they concluded.

Early return remains feasible for most children and teens

“Return to school can be a complicated issue for children and teens with concussions,” said Caitlyn Mooney, MD, a pediatrician and specialist in sports medicine at the University of Texas Health Science Center, San Antonio, said in an interview. Although much research has focused on diagnosis and return to sport after a concussion, there has been less focus on returning to school and learning. Various issues post concussion can make schooling difficult, and students may experience trouble with vision, concentration, sleep, headaches, and more.

Despite this knowledge, studies that specifically address recommended school protocols are limited, Dr. Mooney said. “Additionally, all concussions are different; while some students will need minimal help to return and succeed in school, others may need individualized learning plans and accommodations for school.” A return to school ideally would be a team-based approach with input from the parent, patient, physician, and educators.

“The theory of cognitive rest stems from the idea that a concussion causes metabolic dysfunction in the brain, and that increasing the metabolic demands of the brain can result in symptoms and a delayed return to school,” said Dr. Mooney.

Evidence suggests that those who start resting early after a concussion improve more quickly, “but there has been ongoing discussion over the years of what is the correct balance of cognitive rest to returning to modified activity,” she said. “This has led to the current general recommendation of rest for 24-48 hours followed by a gradual return to school as tolerated.”

Although the current study is large, it is limited by the lack of randomization, Dr. Mooney noted, therefore conclusions cannot be made that the cause of the improved symptoms is a quicker return to school.

However, the results support data from previous studies, in that both of the older age groups showed less disease burden at 14 days after an earlier return to school, she said.

“With prolonged absences, adolescents get isolated at home away from friends, and they may have increased mood symptoms. Additionally, I have found a high number of my patients who do not go to school as quickly have more sleep disturbance, which seems to increase symptoms such as difficulty concentrating or headaches,” she said. “It seems like the students do benefit from a routine schedule even if they have to have some accommodations at school, especially older students who may have more stress about missing school and falling behind on schoolwork.”

The message for pediatricians is that return to school should be individualized, Dr. Mooney said.

Although the current study does not dictate the optimal return to school, the results support those of previous studies in showing that, after 1-2 days of rest, an early return does not harm children and teens and may improve symptoms in many cases, she said. “In my experience, sometimes schools find it easier to keep the student at home rather than manage rest or special accommodations,” but the current study suggests that delaying return to school may not be the right choice for many patients.

“I hope this study empowers clinicians to advocate for these students, that the right place for them is in the classroom even with rest, extra time, or other accommodations,” said Dr. Mooney.

“Each concussion should be evaluated and treated individually; there will likely be a few who may need to stay home for a longer period of time, but this study suggests that the majority of students will suffer no ill effects from returning to the normal routine after a 2-day rest,” she noted.

The study was supported by the Canadian Institutes for Health Research. Dr. Vaughan and several coauthors disclosed being authors of the Postconcussion Symptom Inventory outside of the current study. Dr. Mooney had no financial conflicts to disclose.