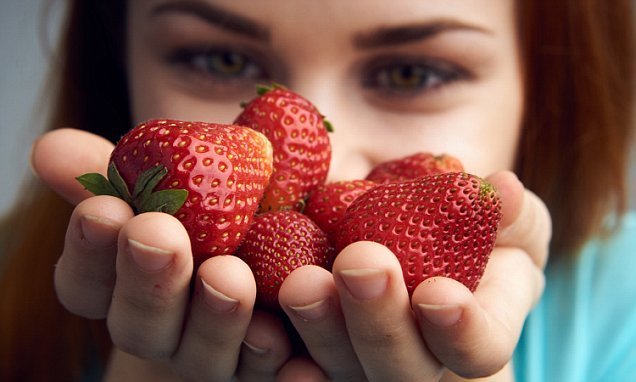 The power of berries: Eating a handful every day reduces the risk of dying from heart disease by 40%, reveals study

Eating a handful of berries every day reduces people’s risk of dying from heart disease by 40 per cent, new research suggests.

Antioxidants known as anthocyanins, which give the fruit their colour, lower the risk of the condition by improving artery stiffness, lowering blood pressure and reducing inflammation, a review of 25 studies found.

Some 16 per cent of heart related deaths in developed countries are caused by a low fruit intake, the UK research adds.

Heart disease causes around one in four deaths in the UK and US.

Previous research suggests a poor diet is the leading cause of such fatalities worldwide. 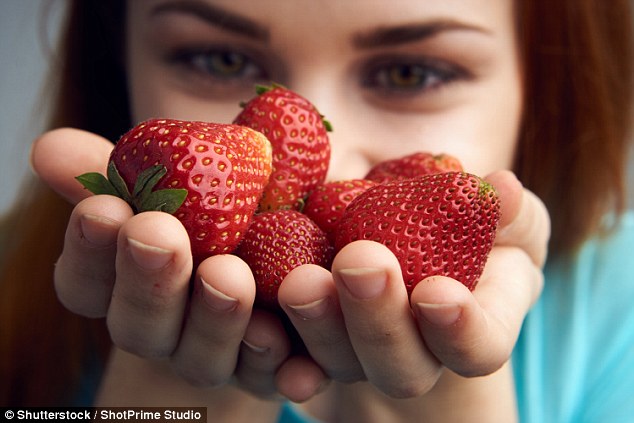 ARE FASTING DIETS GOOD FOR THE HEART?

Following a ‘fashionable’ fast for just one week can damage the heart, research suggested in February 2018.

Obese people who suddenly lower their calorie intake to just 600-to-800 units a day, experience heart-fat level increases of 44 per cent, a trial found today.

Despite such dieters on average losing six per cent of their total body fat after just seven days, this fat is released into their bloodstream and absorbed by their hearts, the researchers explained.

Although this excess heart fat balances out by week eight of dieting, for people with heart problems, it could leave them breathless and with an irregular beat, the scientists add.

Study author Dr Jennifer Rayner from the University of Oxford, said: ‘Otherwise healthy people may not notice the change in heart function in the early stages.

‘But caution is needed in people with heart disease.’

Heart disease, which is linked to obesity, affects more than 1.6 million men and one million women in the UK.

Dr Rayner added:’The heart muscle prefers to choose between fat or sugar as fuel and being swamped by fat worsens its function.

‘People with a cardiac problem could well experience more symptoms at this early time point, so the diet should be supervised.

‘Otherwise healthy people may not notice the change in heart function in the early stage.’

The researchers analysed 21 obese volunteers with an average age of 52 and a BMI of 37kg/metre squared.

The study’s participants ate a very low-calorie diet every day for eight weeks.

MRI scans were taken at the start and end of the investigation, as well as after week one.

Researchers from the University of East Anglia analysed studies that investigated the link between anthocyanin intake and heart disease risk.

Yet, anthocyanins’ effects are more powerful in young adults than the elderly, the review, published in the journal Molecular Aspects of Medicine, adds.

They believe the antioxidants may cause these effects by changing people’s gut bacteria levels.

Researchers believe this is due to the fruit containing an antioxidant, known as flavonoids.

Study author Professor Claire Williams, from the University of Reading, said: ‘We used blueberries as they are rich in flavonoids, which are compounds found naturally in foods such as fruits and their juices, vegetables and tea.

‘They have been associated with a range of health benefits including antioxidant and anti-inflammatory effects, and our latest findings continue to show that there is a beneficial cognitive effect of consuming fruit and vegetables, tea, coffee and even dark chocolate which all contain flavonoids.’