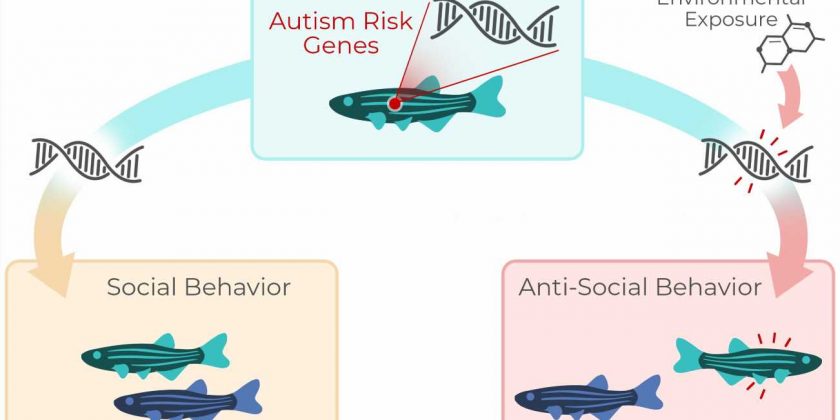 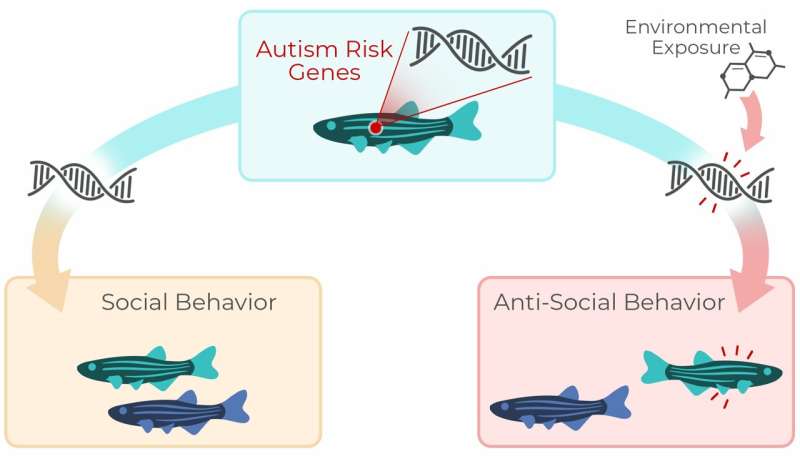 Little is known about how social behavior develops in the earliest stages of life. But most animals––including humans––are born with an innate ability to interact socially or form bonds with others. And that contributes to success throughout life.

Now, a new animal study points to a gene that is important for the earliest development of basic social behaviors.

The work also suggests that exposure to certain drugs and environmental risk factors during embryonic development can cause changes to this gene, leading to alterations in social behavior that are similar to those found in individuals who have autism. Much to their surprise, the researchers also found they could reverse some of the effects using an experimental drug.

“This study helps us understand at the molecular level why sociability is disrupted during the very earliest stages of life,” says Randall T. Peterson, Ph.D., the corresponding author of the study and dean of the University of Utah College of Pharmacy. “It also gives us an opportunity to explore potential treatments that could restore sociability in these animals and, perhaps in time, eventually in humans as well.”

More broadly, their findings suggest that the gene—TOP2a—controls a large network of genes that are known to increase the risk of autism. It also may serve as a link between genetic and environmental factors that contribute to onset of disorder, Peterson adds.

The study, conducted by University of Utah Health researchers and colleagues nationwide, appears in the Nov. 23 issue of Science Advances.

Scientists suspect many social traits are determined before birth. But the precise mechanisms involved in this process remain murky. One promising area of research suggests that social behavior and other characteristics and traits are influenced not only by our genetic makeup but also how and where we live.

To test this model, the scientists evaluated whether environmental exposures during embryonic development could influence social behavior. Peterson and his colleagues exposed zebrafish embryos to more than 1,100 known drugs––one drug per 20 embryos––for 72 hours beginning three days after conception.

The researchers determined that four of the 1,120 tested drugs significantly reduced sociability among the zebrafish. Fish exposed to these drugs were less likely to interact with other fish. It turned out that the four medications all belonged to the same class of antibiotics, called fluoroquinolones. These drugs are used to treat upper and lower respiratory tract infections in people.

When the scientists gave a related drug to pregnant mice, the offspring behaved differently when they became adults. Even though they appeared normal, they communicated less with other mice and engaged in more repetitive acts—like repeatedly poking their head in the same hole—than other rodents.

A basis for sociability

Digging deeper, the researchers found that the drugs suppressed a gene called TOP2a, which, in turn, acted on a cluster of genes that are known to be involved in autism in humans.

To determine whether the anti-social behaviors could be reversed, the research team gave embryonic and young zebrafish an experimental drug called UNC1999, which is known to inhibit the PRC2. After treatment with the drug, fish exposed to fluoroquinolones were more likely to swim closer to other fish, demonstrating that the drug helped restore sociability. They saw similar results with other drugs known to inhibit the same key gene, TOP2a.

“That really surprised me because I would’ve thought disrupting brain development when you’re an embryo would be irreversible,” Peterson says. “If you don’t develop sociality as an embryo, you’ve missed the window. But this study suggests that even in those individuals later in life, you can still come in and inhibit this pathway and restore sociality.”

Moving forward, the researchers plan to explore how and why this drug had this effect.

Although the scientists only found four compounds that are Top2a inhibitors, evidence suggests hundreds of other drugs and naturally occurring compounds in our environment can inhibit its activity.

“It’s possible that these four compounds are just the tip of the iceberg in terms of substances that could be problematic for embryonic exposure,” Peterson says.

However, Peterson notes that this study was conducted in animals, and more research needs to be done before any of its results can be confirmed in humans. Therefore, he cautions against drawing conclusions about real-world applications. 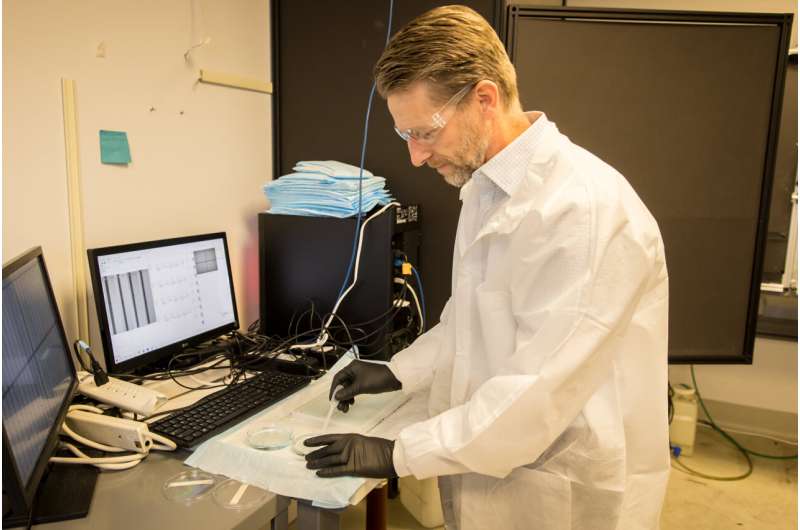 “We have no evidence that fluroquinolones or any other antibiotic causes autism in humans,” Peterson says. “So, there is no reason to stop using antibiotics. What this paper does identify is a new molecular pathway that appears to control social development and is worthy of further exploration.”

The study, “Top2a promotes the development of social behavior via PRC2 and H3K27me3,” appears in the Nov. 23, 2022, issue of Science Advances.