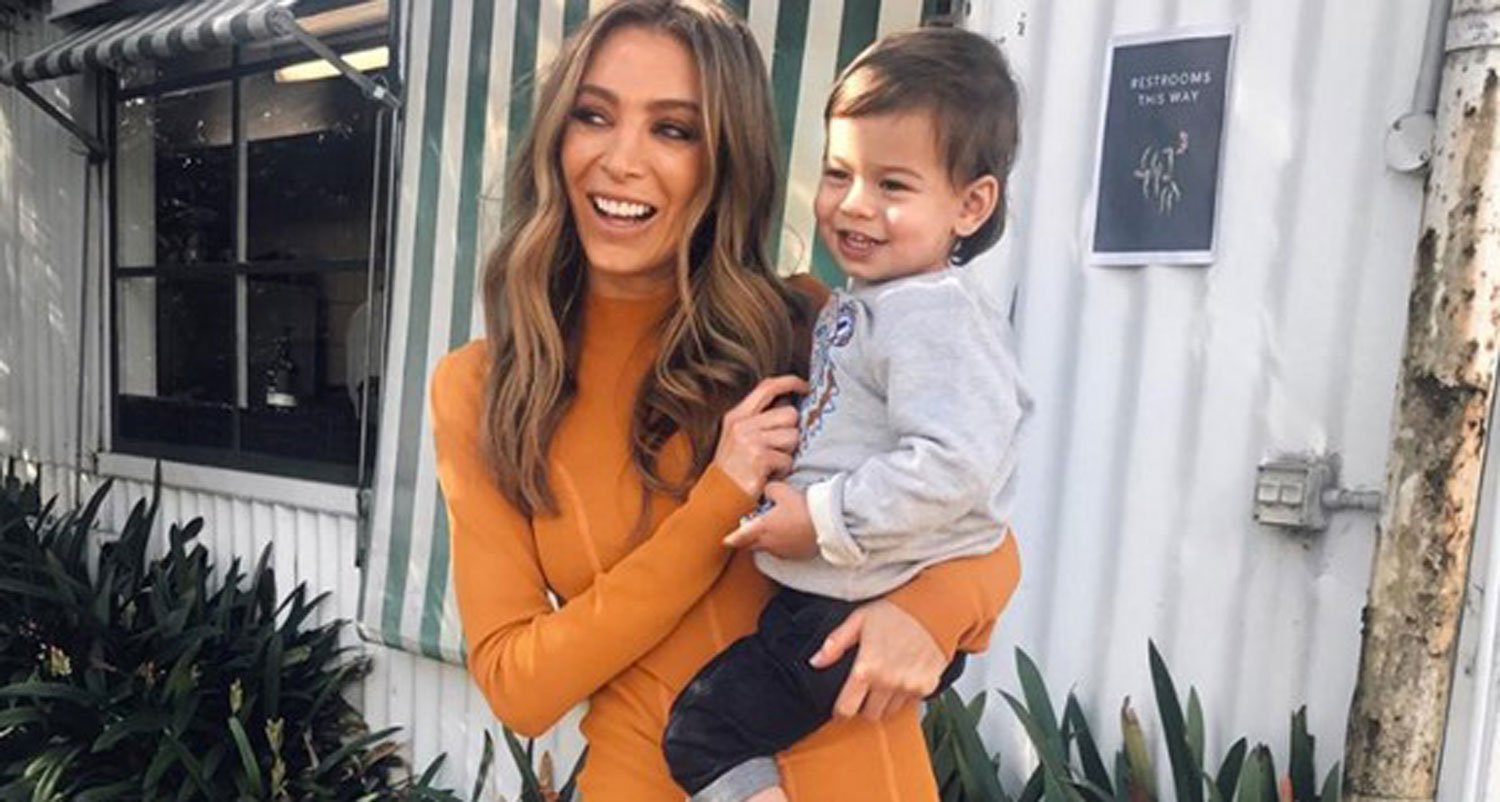 Becoming a new mum is an incredibly difficult thing. From being utterly clueless about how to handle the stress, excitement, rules and more of a newborn baby, determining what is ‘normal’ and what is ‘abnormal’ is just one of the many tasks parents face.

Nadia Bartel, the wife of AFL player Jimmy Bartel, has penned an open letter on Kidspot about her son’s silent struggle, and how her naivety left her and her newborn son Aston struggling to cope.

Bartel starts her letter by stating that Aston was a fussy baby from ‘day dot’.

‘It started from that second night in the hospital, screaming all night long and this continued for months and months,’ she wrote.

‘Our baby was the one you could hear in hospital screaming on the top of his lungs during the night while Jim and I walked his bassinet around the hospital corridors trying to get him to sleep.’

When I get to work with my boy ? Lots of fun today for @popsugarau Let's also talk about the difference a few nights of sleep makes. He is back to sleeping through the night (two nights straight now ?) and the only thing I have changed is talking to him lots at sleep time, about why he needs to go to sleep and how he is a big boy in his own bed etc, and laying next to him on the floor for a little while but I leave before he is fast asleep. As he seemed so anxious and scared at sleep time and that has soothed him. It's worked a treat so far, hopefully it stays this way #mighnotworkforeveryone #workedforus #lovemyboy

Nadia goes on the explain that she knew her son’s cries were more than the ‘normal baby fussy’ cries, but as a first-time mum admitted she had no idea what was ‘normal’.

‘I had nothing to compare it to and I felt like if I told people he cried a lot and wouldn’t sleep at all then it was a sign of weakness on my behalf,’ she writes.

‘He would scream for hours with a bright red face, clenched tight fists and nothing would settle him. Even when he slept he had a painful looking screwed up face. If he wasn’t sleeping, he was screaming.

‘I got the response with a little laugh that motherhood is never easy and babies do cry a lot.’

It wasn’t until Nadia admitted that she needed help that Aston’s problem was finally uncovered!

Nadia hired a midwife, Daani, who ‘changer her life.’

Daani stays up with babies all night and monitors their sleep problems. As soon as Daani spent the night, she was certain Aston had ‘severe silent reflux.’

Best day at Puffing Billy with my boys @jrb03 I remember going when I was little. Aston is so obsessed with trains so he loved it too, best activity for toddlers ??

Silent reflux is a common, yet confusing, condition that some children face.

Silent reflux refers to refluxed material that flows back into the oesophagus, but isn’t forced out of the mouth. A child may swallow it back down or the stomach contents/stomach acids may not come up the oesophagus far enough to be swallowed.

Nadia describes, ‘Think of the worst possible heartburn you have ever experienced, but then put it in a newborn babies body #ouch.’

Nadia has provided a thorough list of Aston’s symptoms that align with his reflux. It’s incredibly helpful for new mums!

Nadia finishes her open letter by asserting, ‘Remember, never feel apprehensive to consult your doctor, because no one knows your baby better than you do.’