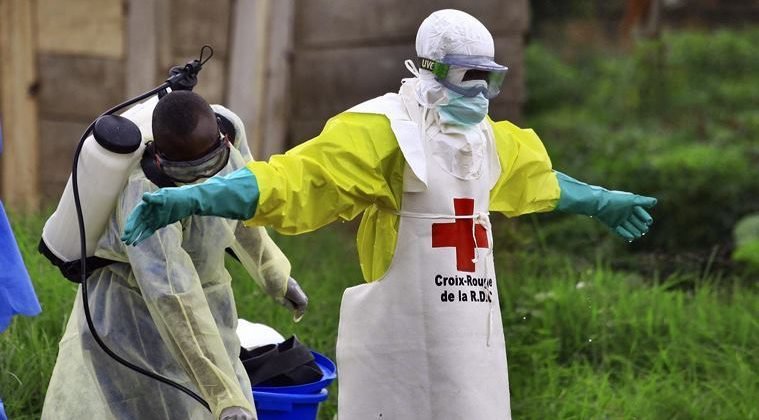 The outbreak, the second largest on record, has infected more than 2,000 people and caused 1,390 deaths since it was discovered in July 2018. The number of cases has accelerated in recent weeks, health officials said. A 5-year-old Congolese girl who traveled with her family into Uganda has been diagnosed with Ebola, international health officials said Tuesday — the first confirmed case of the highly contagious disease outside the Democratic Republic of Congo since an outbreak began there a year ago.

The case, reported by the World Health Organization, appeared to have been caught soon after the child entered Ugandan territory. Nonetheless, it represented a new threat that the Congo outbreak had crossed into a neighboring country.

“The first #Ebola case outside #DRC has been identified in #Uganda – tragically a child,” the organization’s director general, Tedros Adhanom Ghebreyesus, said on Twitter. “@WHO is setting up a rapid response team together with the @MinofHealthUG to prevent further spread of the disease.”

The outbreak, the second largest on record, has infected more than 2,000 people and caused 1,390 deaths since it was discovered in July 2018. The number of cases has accelerated in recent weeks, health officials said.

Despite use of a new vaccine that appears to be effective, treating patients and tracking down those they may have infected has been a persistent problem because the outbreak is in a chronic conflict zone in the eastern region of the Democratic Republic of Congo, a mineral-rich African nation three times the size of Texas.

Health workers, including doctors, have been attacked and killed, and some treatment centers have been destroyed. In April, the Islamic State claimed its first assault in the affected area.

In a statement, the World Health Organization said the infected child’s family entered Uganda on June 9 through the western Uganda border post at Bwera. They sought medical care for her at a hospital where workers suspected she had Ebola, which was confirmed by the Uganda Virus Institute on Tuesday.

“The child is under care and receiving supportive treatment,” the WHO said, “and contacts are being monitored.”

Uganda has long prepared for the possibility of a spillover in the Congo outbreak. The Ugandan government has vaccinated nearly 4,700 health workers in 165 health facilities, including the one where the infected Congolese girl is being treated. Monitoring for signs of the disease has intensified.

Nonetheless, a recent spike in cases — and now the first cross-border case — could raise pressure on the WHO to be more aggressive in its response to the outbreak.

A committee of outside experts that advises the director general of the WHO has twice concluded that the outbreak does not represent a global health threat, partly because it has not spread across borders.

Declaring the outbreak as such a health threat, known as a Public Health Emergency of International Concern, would increase the level of attention that the WHO’s member countries devote to combat it.

After the committee’s most recent conclusion, in April, its chairman, Robert Steffen, said the experts were “moderately optimistic” the outbreak could be brought under control. “Not immediately,” he said, “but still within a foreseeable time.”

Ebola is an aggressive viral disease that spreads through contact with the body fluids of infected people. It can lead to uncontrollable bleeding and death.

The largest Ebola outbreak in history ravaged the West African nations of Guinea, Liberia and Sierra Leone from 2014 to 2016, killing more than 11,300 people.