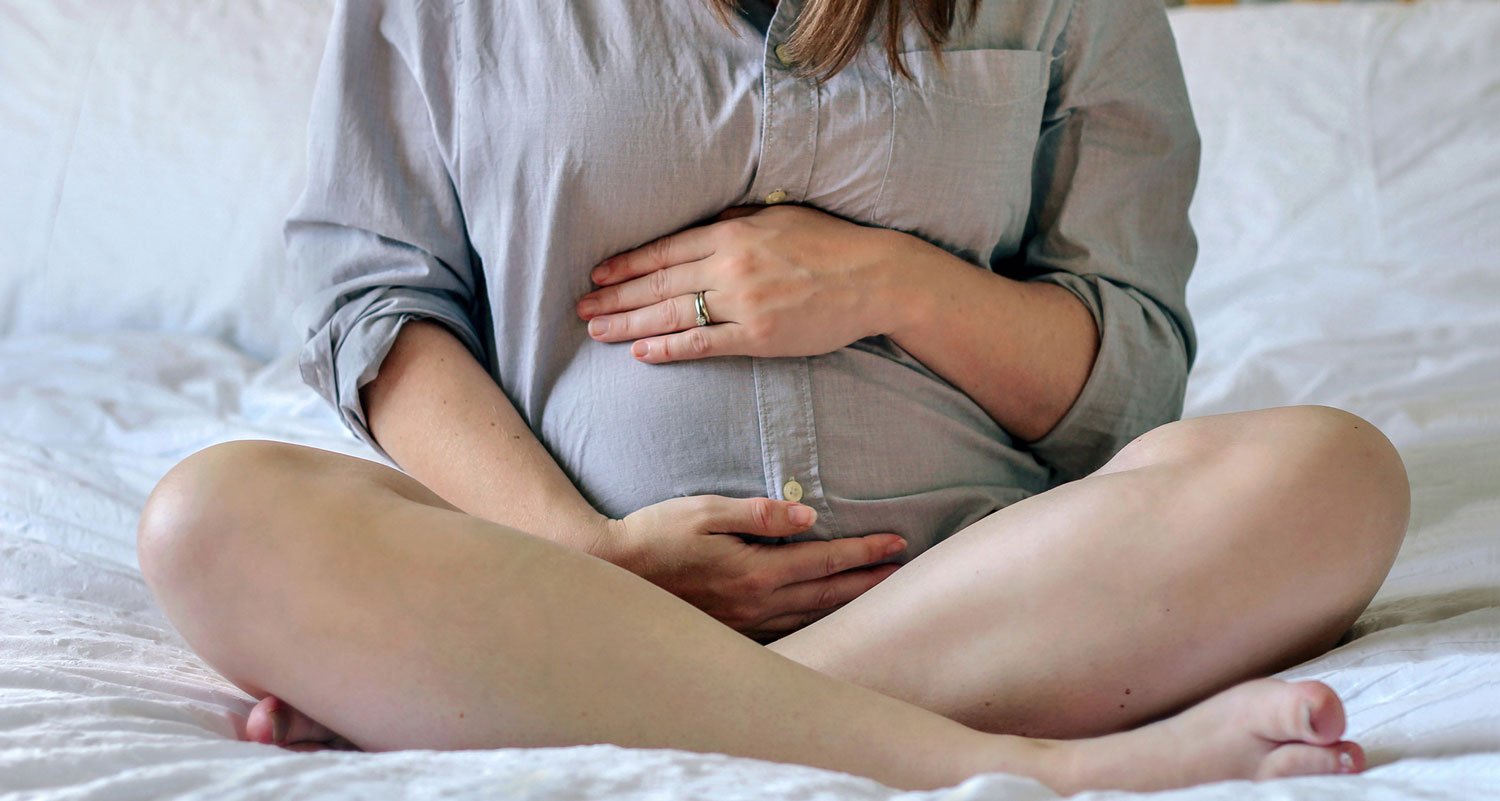 If you’ve never had kids, it’s easy to assume that with plenty of crunches and a healthy diet, your belly will eventually go back to normal after you give birth. After all, plenty of women have babies and eventually bounce back to their pre-baby bodies.

But most mums know that’s actually not the case most of the time. Even women who gained relatively little weight during pregnancy are often left with a belly pooch that lingers long after the rest of the baby weight has dropped off. It’s a condition called diastasis recti, and it happens when the parallel bands of abdominal muscles separate where they meet in the middle in order to accommodate the baby growing inside your uterus. It happens to a whopping two-thirds of pregnant women.

And diastasis recti can leave you with more than just that annoying pooch, says women’s health expert Jennifer Wider, MD. You could also wind up with a weak core, trouble holding in your urine, and back pain.

It’s pretty obvious why diastasis recti happens during pregnancy: you only have so much space in your abdomen to hold a growing human, and the baby can put so much pressure on the belly that the muscles simply can’t retain their shape. What doctors can’t say for sure is who will and won’t develop the condition—but there are a few things that seem to increase your risk. Lifting heavy weights, having weaker core muscles pre-pregnancy, having a shorter torso, and having multiple pregnancies or a pregnancy with multiples can increase your risk, says Laura Ward, a women’s health and pelvic floor physical therapist. Being age 35 or older during your pregnancy can also increase your risk.

There’s only so much you can do to prevent diastasis recti, but building up your core strength before you get pregnant and in the earlier stages of your pregnancy can definitely help, Ward says. You’ll also want to avoid very heavy lifting (which isn’t really recommended during pregnancy anyway), she says.

How do you treat diastasis recti?

For some lucky women, diastasis recti goes away on its own, says Christine Greves, MD, a certified obstetrician-gynecologist. But other times, certain exercises—and even surgery—are needed to help close the abdominal separation.

Diastasis recti is best treated after you give birth (since your belly is flatter at that point), Ward says, and treatment largely includes exercises that work your core but avoid stressing your rectus abdominus muscles (i.e. your abs) and transverse abdominus muscles (a layer of muscle in your front and side abdominal wall). There are also manual therapy techniques that can help break up connective tissue in your abs to help get your abs back to their former position, she says.

Ultimately, it’s important to find a physical therapist who specialises in women’s health who can help create the right plan for you, as well as which exercises to avoid, Ward says. But unfortunately, sometimes that’s not enough. “For some women, exercises and physical therapy can do the trick,” Wider says. “In others, surgical repair may be necessary.”

If you think you have diastasis recti, don’t try to treat it on your own. Certain exercises like crunches can actually make it worse, so talk to your doctor. They may be able to design a treatment plan for you, or may refer you to a physical therapist who can help.

This article originally appeared in Prevention.