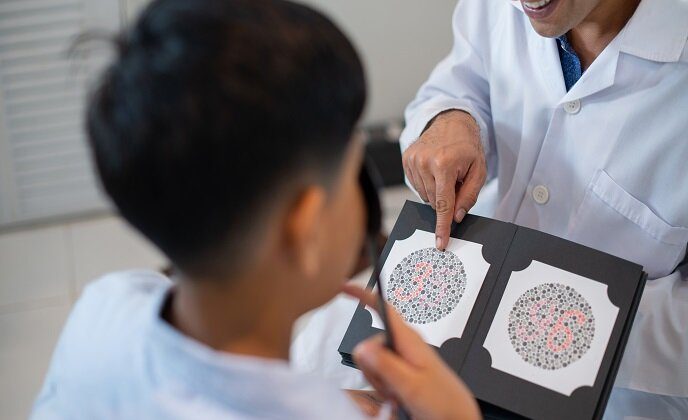 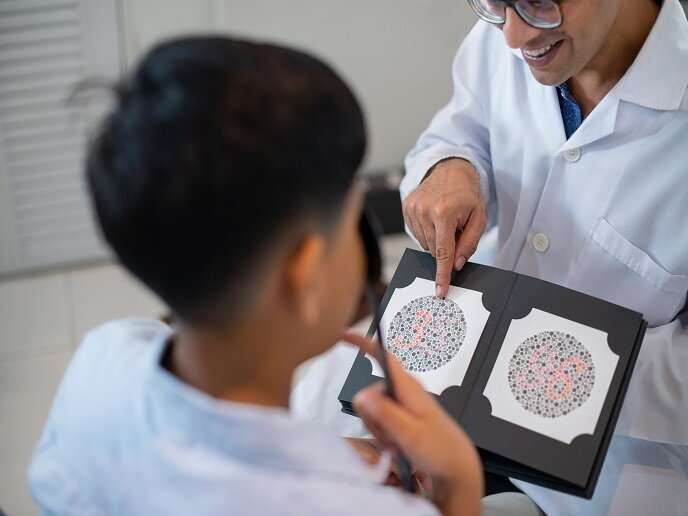 For birders struggling to differentiate between male and female blue tits, the answer lies here. The crest of the male actually appears as ultraviolet (UV) to other tits, a distinction invisible to us humans.

Alongside other primates, our vision only comes in three colors: red, green and blue. Many other mammals usually see in two (blue and green), while birds see a mix of four (red, green, blue and UV).

If our brains can take three primary inputs and turn them into all the colors we perceive, could a bit of extra mental work unlock new hues?

Eyes, as we know and love them today, likely started their evolutionary journey 800 million years ago, in some of the Earth’s earliest organisms.

Consequently, evolution mutated a melatonin receptor into an opsin protein, which became the basis of almost all light receptors, leading to the vertebrate retina, over 500 million years ago during the Cambrian explosion.

Fascinated by the evolution of the classic vertebrate visual system, Baden used two-photon imaging and computational analysis, alongside fieldwork with specialized cam eras and light meters, to study zebrafish as models of our early ancestors.

“Zebrafish have four color receptors, known as cone cells—red, green, blue and UV, each with a distinct role to play. We found that red cones sense brightness; green and blue sense color; while UV helps identify food. Crucially, all of the color perception processing happens at the output synapse of the photoreceptors—in the retina itself,” explains Baden.

A product of our perception

But unlike zebrafish, these are only the first stage of our color perception.

While the “blue” retina cone is distinct, the other two—nominally “green” and “red”—are in fact both “red” cones—an original and a duplicate which responding to a slightly different wavelength senses green. Crucially, from an evolutionary and molecular perspective, they are identical.

“Consequently, the retinal circuit can’t differentiate between them and so it outsources the problem to the brain. How this process works remains a mystery, but likely involves a kind of algorithm established in early infant development,” notes Baden.

The brainy reason we can’t extend our color space

But if our sense of color is produced by the brain decoding photoreceptor signals, why can’t the neural processing be taught, or evolve to expand our color space, like tweaking software to manipulate digital images?

“When the brain compares a cone’s signals to produce color sensation, it guestimates the original wavelength. To achieve this, neural circuits need to know which photoreceptor they are listening to,” says Baden. “There are already so few signals to work with, yet our big brains have learned to do so. Overall the brain has likely pushed this as far as possible and is now hardwired to work with the existing wavelengths of our cones.”

Ultimately even sophisticated algorithms are limited by their inputs, suggesting that the only way to expand our color space would be to change our retinal inputs.

But if evolution were ever to confer on us our lost ancestral vision, enabling us to see UV, for example, this might necessitate a trade-off, such as an increased risk of cancer.