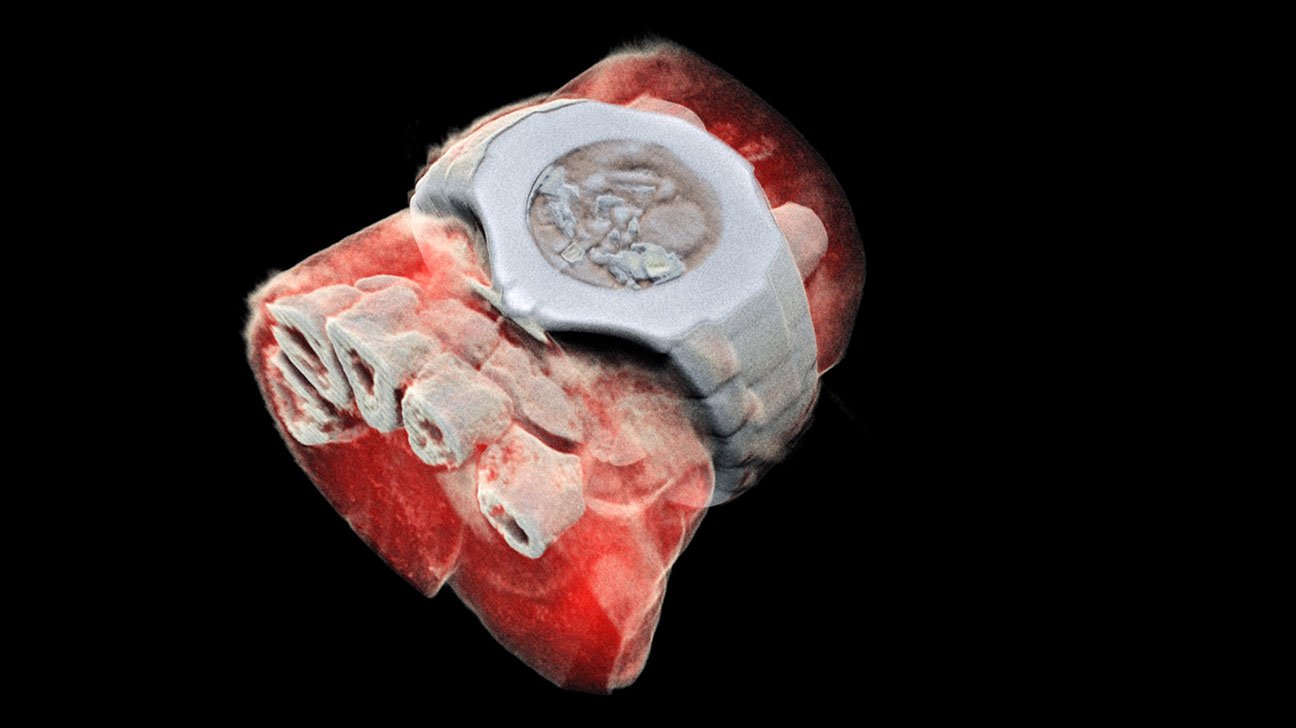 X-rays are now available in color thanks to breakthrough tech.

Ever wanted X-ray vision? Scientists have invented a new detailed way to look inside the human body.

The new technology builds off of traditional X-ray imaging and computed tomography (CT) scans that allow for high-resolution imaging of soft tissues and other body components such as fat, water, and calcium.

Experts say that it could be used to better diagnose and treat disease.

“It helps to visualize data normally acquired in two dimensions in a three-dimensional format instead,” said Dr. Juan Pablo Villablanca, a professor of radiology and chief of diagnostic neuroradiology at the University of California, Los Angeles. “This can be helpful for surgical planning as it reveals the three-dimensional shape of an object, visualization of impact of a lesion on adjacent critical structures, and for understanding the spatial location of a lesion.”

How does it work?

The scan works through the use of the CERN-developed Medipix3, a technology used for particle imaging and detection, initially developed for the Large Hadron Collider.

In regular CT scans, measuring X-rays results in a black and white image, with the white representing the dense bone which blocks the rays. CT scans are already capable of being processed to create 3-D rendered images. The Medipix3 technology acts kind of like a high-resolution camera: When its shutter is open, it captures different energy levels of X-ray photons as they pass through the scanned body part.

Then, using algorithms, a 3-D color image is generated with different colors used to identify different components within the body. The result is an impressive, high-resolution image that the developers say can’t be achieved with any other current technologies out there.

So far, researchers have only scanned ankles and wrists, but intend to use the technology for full-body scans.

Who will use it?

Some experts have had more measured reactions to the new technology.

“I'm still trying to figure out how this is going to fit in,” said Dr. Eu Meng Law, the director of neuroradiology at the University of Southern California.

He explains that doctors diagnosing a cancer patient, for example, will already use multiple different scans, including X-rays, CT scans, MRI, and PET.

“Very often you have to have multiple things to allow us to become more specific and more sensitive in the final diagnosis. And that’s just the way it’s evolved over the years,” said Law.

The question he raises, is whether 3-D color X-rays will work alongside or replace these current scans.

“I think ultimately we’ll see in the next 5 to 10 years all these technologies coming together, and then we’ll be using artificial intelligence, deep learning, and so on to combine all this data,” he said.

The technology was developed by Anthony Butler, a radiologist at Otago University in New Zealand, and his father Phil Butler, a physicist. The father-son duo spent a decade refining the tool.

“It really is like the upgrade from black-and-white film to color. It’s a whole new X-ray experience,” Anthony Butler told The New York Times.

The next step will be to recruit orthopedic and rheumatology patients in New Zealand to begin testing for the scanner in its very first clinical trial: The first step towards bringing the technology for more widespread use around the world.

“The technology is promising, and with further testing and validation, could contribute significantly to the role medical imaging plays in medical diagnosis, image-guided interventions, and monitoring of treatment response — particularly in the age of personalized medicine,” said Villablanca.