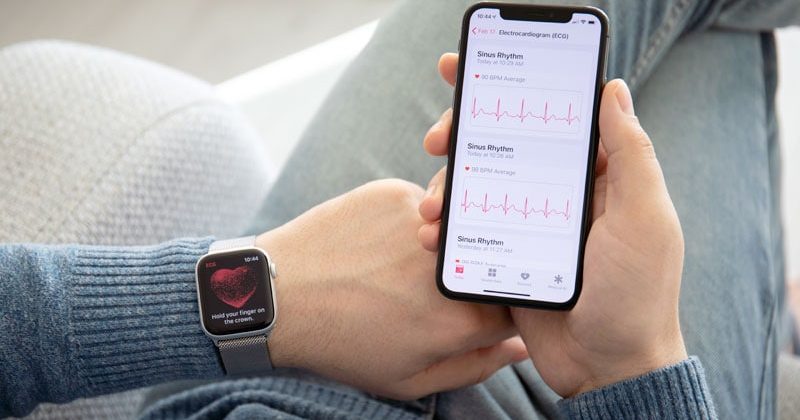 Discovery of substantial atrial fibrillation (AF) is usually an indication to start oral anticoagulation (OAC) for stroke prevention, but it’s far from settled whether such AF is actually a direct cause of thromboembolic stroke. And that has implications for whether patients with occasional bouts of the arrhythmia need to be on continuous OAC.

It’s possible that some with infrequent paroxysmal AF can get away with OAC maintained only about as long as the arrhythmia persists, and then go off the drugs, say researchers based on their study, which, they caution, would need the support of prospective trials before such a strategy could be considered.

But importantly, in their patients who had been continuously monitored by their cardiac implantable electronic devices (CIEDs) prior to experiencing a stroke, the 30-day risk of that stroke more than tripled if their AF burden one day reached at least 5 to 6 hours. The risk jumped especially high within the first few days after accumulating that amount of AF in a day, but then fell off sharply over the next few days.

Based on the study, “Your risk of stroke goes up acutely when you have an episode of AF, and it decreases rapidly, back to baseline — certainly by 30 days and it looked like in our data by 5 days,” Daniel E. Singer, MD, Massachusetts General Hospital, Boston, told theheart.org | Medscape Cardiology.

Increasingly, he noted, “There’s a widespread belief that AF is a risk marker, not a causal risk factor.” In that scenario, most embolic strokes are caused by thrombi formed as a result of an atrial myopathy, characterized by fibrosis and inflammation, that also happens to trigger AF.

But the current findings are, “from a mechanistic point of view, very much in favor of AF being a causal risk factor, acutely raising the risk of stroke,” said Singer, who is lead author on the analysis published online September 29 in JAMA Cardiology.

Some studies have “shown that anticoagulants seem to lower stroke risk even in patients without atrial fib, and even from sources not likely to be coming from the atrium,” Mintu P. Turakhia, MD, Stanford University School of Medicine, Palo Alto, California, told theheart.org | Medscape Cardiology. Collectively they point to “atrial fibrillation as a cause of and a noncausal marker for stroke.”

For example, Turakhia pointed out in an editorial accompanying the current report that stroke in patients with CIEDs “may occur during prolonged periods of sinus rhythm.”

The current study, he said in an interview, doesn’t preclude atrial myopathy as one direct cause of stroke-associated thrombus, because probably both the myopathy and AF can be culprits. Still, AF itself it may bear more responsibility for strokes in patients with fewer competing risks for stroke.

In such patients at lower vascular risk, who may have a CHA2DS2-VASc score of only 1 or 2, for example, “atrial fib can become a more important cause” of ischemic stroke, Turakhia said. That’s when AF is more likely to be temporally related to stroke as the likely culprit, the mechanism addressed by Singer and associates.

“I think we’re all trying to grapple with what the truth is,” Singer observed. Still, the current study was unusual for primarily looking at the temporal relationship between AF and stroke, rather than stroke risk. “And once again, as we found in our earlier study, but now a much larger study, it’s a tight relationship.”

Based on the current results, he said, the risk is “high when you have AF, and it decreases very rapidly after the AF is over.” And, “it takes multiple hours of AF to raise stroke risk.” Inclusion in the analysis required accumulation of at least 5.5 hours of AF on at least one day in a month, the cut point at which stroke risk started to climb significantly in an earlier trial.

In the current analysis, however, the 30-day odds ratio (OR) for stroke was a nonsignificant 2.75 for an AF burden of 6 to 23 hours in a day and jumped to a significant 5.0 for a burden in excess of 23 hours in a day. “That’s a lot of AF” before the risk actually goes up, and supports AF as causative, Singer said. If it were the myopathy itself triggering stroke in these particular patients, the risk would be ongoing and not subject to a threshold of AF burden.

“The hope is that there are people who have very little AF: they may have several hours, and then they have nothing for 6 months. Do they have to be anticoagulated or not?” Singer asked.

“So it is logical to think, if you have the right people and continuous monitoring, that you could have time-delimited anticoagulation.” That is, patients might start right away on a direct oral anticoagulant (DOAC) once reaching the AF threshold in a day, Singer said, “going on and off anticoagulants in parallel with their episodes of AF.”

The strategy wouldn’t be feasible in patients who often experience AF, Singer noted, “but it might work for people who have infrequent paroxysmal AF.” It certainly would first have to be tested in prospective trials, he said. Such trials would be more practical than ever to carry out given the growing availability of continuous AF monitoring by wearables.

“We need a trial to make the case whether it’s safe or not,” Turakhia said of such a rhythm-guided approach to OAC for AF. The population to start with, he said, would be patients with paroxysmal AF and low CHA2DS2-VASc scores. “If you think CHA2DS2-VASc as an integrated score of vascular risk, such patients would have a lot fewer reasons to have strokes. And if they do have a stroke, it’s more reasonable to assume that it’s likely caused by atrial fib and not just a marker.”

Importantly, such a strategy could well be safer than continuous OAC for some patients — those at the lowest vascular risk and with the most occasional AF and lowest AF burden “who are otherwise doing fine,” Turakhia said. In such patients on continuous OAC, he proposed, the risks of bleeding and intracranial hemorrhage could potentially exceed the expected degree of protection from ischemic events.

The patients were then categorized by their pattern of AF, if any, within each of two pre-stroke periods: the most recent 30 days, which was the test period, and the preceding days 91 to 120 days, the control period.

The analysis then excluded any patients who reached an AF-burden threshold of at least 5.5 hours on any day during both the test and control periods, and those who did not attain that threshold in either period.

“The ones that had atrial fib in both periods mostly had permanent AF, and ones that didn’t have AF in either period mostly were in sinus rhythm,” Singer said. It was “close to 100%” in both cases.

The study’s case-crossover design, in which each patient served as their own control, is one of its advantages, Singer observed. Most patient features, including CHA2DS2-VASc score and comorbidities, did not change appreciably from earliest to the latest 30-day period, which strengthens the comparison of the two because “you don’t have to worry about long-term confounding.”