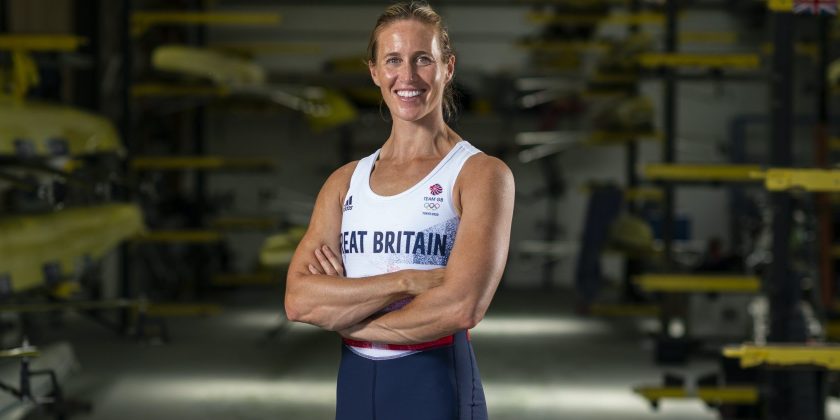 Helen Glover may have missed out on a medal at Tokyo 2020, but she’s made history in other ways: as the first mother to have ever rowed for Great Britain at the Olympics.

While podium finishes may be most athletes’ goal, making history at the Olympics isn’t just about winning medals, as Team GB rower Helen Glover has proved at Tokyo 2020.

Despite finishing fourth with her partner, Polly Swann, in the women’s coxless pair, having previously won gold at London 2012 and Rio 2016, she is the first mother to have ever rowed for Great Britain at the Olympics.

Glover, 35, has three children under five, the youngest of them a pair of twins who were born in January 2020. Her pregnancy meant that she and Swann squeezed four years’ worth of work and preparation into the space of just six months to make it to the Olympics.

But for Glover, having her children is what empowered her to return to the sport after retiring in 2016.

In a post-race interview with the BBC, she called her three children, Logan, Kit and Beau, “her inspiration”.“I never saw myself getting back in a rowing boat until you guys came along, especially Kit and Beau in the lockdown,” she continued.

“I just want to say you can do anything you want to do. Trying and failing is no problem as long as you try. That goes out not just to my children but everyone out there,” she said.

“Whether they remember it or not they were there from the very first strokes of this journey, and in my mind to the very last strokes.”

“I just think my ambition for them to take away from this, would be in the future to be able to take risks, take chances, with no fear of failure, just all excitement about – yes, the results – but the journey.”

Team GB 2020: the Team GB female athletes to watch in the Tokyo 2021 Olympics

And when one journalist suggested that fourth place wasn’t a great reward for her efforts, Glover disagreed. “I think the reward is knowing that we crossed the line giving it our all,” she said. “The frustration would have been coming away from thinking we had more and we didn’t.”

Glover had previously told the BBC Sounds Olympic Mile podcast: “In the five years I’ve had outsince the last Olympics, I didn’t keep up the rowing. I kept up the fitness but I left the sport behind and had started a family. But then 2020 happened and I got a rowing machine at home; when the babies napped I was doing a bit of exercise.”

She began wondering if it was possible to come back and make it onto the Olympic team for rowing, which “no woman had ever done before.”

And clearly for the three-time world champion, it was possible.