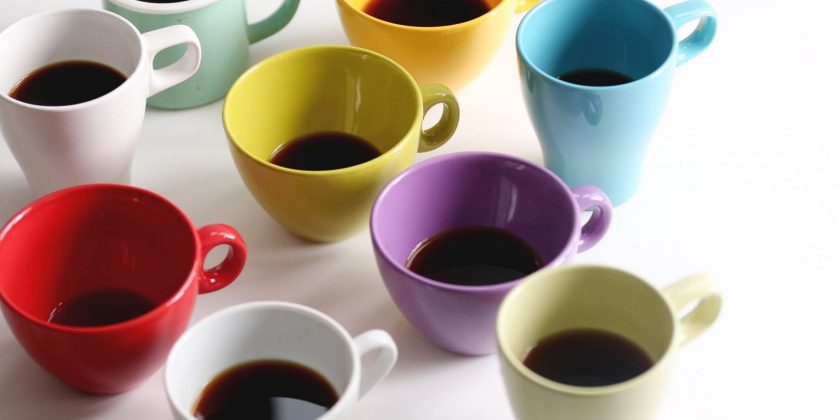 There’s a lot of concern over our caffeine intake, but is drinking decaf worse for you?

People don’t think of decaf as ‘proper coffee’. Maybe that’s because it has a slightly different taste, or they hate the fact it won’t give you the same energising buzz as a mug of the caffeinated stuff.

The reason I was put off drinking decaf coffee is different. Having placed an order for a decaf flat white in a fancy London coffee shop, the barista looked at me with raised eyebrows and asked why anyone would want one I told him it was because too much caffeine can irritate my gut, to which he replied: “I think you’ll find decaf is worse, what with all the chemicals they put in it.”

Are processed foods bad? This is what dietitians want you to know

I didn’t know if it was true, but that decaffeinated coffee he passed me with a smug look was the last one I drank. That barista isn’t alone in thinking that decaf is unhealthy: google the word and the top associated questions are ‘is decaf worse than caffeine?’ and ‘why is decaf unhealthy?’

How is decaf made?

In order to be labelled as decaf, coffee beans have to have 97% of their caffeine removed. “A cup of regular coffee might have around 95mg of caffeine, while a decaf coffee has about 2mg,” explains Rose Glover, a nutritionist and member of Nutritionist Resource.“That means you should still be careful if you are highly sensitive to caffeine as you will still be consuming a small amount.”

To remove the caffeine from the beans, they are soaked in water before compounds are added to remove the stimulant. “This process can sometimes use some pretty potent chemical solvents, such as methyl chloride or ethyl acetate, which isn’t entirely removed from the finished product,” adds Glover.

Is decaf bad for you?

Those chemicals are probably why decaf gets a bad reputation. However, the level of the solvents left at the end of the process is low enough to be deemed safe by European regulations, and they’re also found in other foods such as pineapples and in alcoholic drinks.

“There is no solid evidence to suggest that the minute traces (which should be approx. 0.001%, of residual methylene chloride) after processing decaffeinated tea and coffee is bad for a person’s health,” says Glover. “If you’re worried, you can always choose decaffeinated products that use 100% chemical-free decaffeination processes such as charcoal or carbon dioxide.”

Is decaf bad for you?

When you think of the benefits of coffee, your mind probably goes to the short-term impact it has on alertness and wakefulness, warding off tired eyes and slow brains. Those side effects are solely down to the caffeine content, rendering a decaf pointless by comparison.

But coffee is actually one of the best health drinks there is, with benefits for long-term cognition and gut health – and numerous studies show that decaf has the same effect.

Is coffee good for your gut? A new study shows the beneficial impact on gut bacteria

One of the largest studies into the benefits of coffee was done on over 500,000 people in 10 countries over 15 years. Researchers found an association between drinking any type of coffee – decaf or not – and decreased risk of death, with one of the largest reductions seen in gut and digestive related deaths. And when it comes to immediate digestive health, decaf might be even better, as studies show that caffeinated coffee has been shown to increase acid reflux, but the effect is lessened after drinking decaffeinated drinks.

“The good news is the antioxidant composition of decaf coffee is highly similar to regular coffee, which suggests that it may boast many of the same health benefits – but minus the caffeine,” adds Glover. That was shown in a 2010 study, which found that while 15% of the antioxidants can be lost during the decaffeination process, all types of coffee have significant amounts of the compounds.

When it comes to warding off diseases like Alzheimer’s and dementia, a paper from the journal Age showed that “the neuroprotective benefits of coffee are not due to caffeine alone, but rather to other bioactive compounds in coffee”. It concluded that decaf works just fine to support long-term brain health.

Who should drink decaf?

Some people opt out of caffeine because of the link between caffeine and anxiety. If you already live with poor mental health, you might be tempted to watch your stimulant intake as those with pre-existing anxiety are most likely to have their symptoms exacerbated by caffeine.

“Pregnant or breastfeeding women, those who suffer from sleep disorders or IBS, or those with high blood pressure or heart conditions might also be best off choosing decaffeinated options,” adds Glover.

Decaf may also be a good choice for those who have already drunk the upper limit of their daily caffeine intake (which is around 400mg a day – around four cups) and are craving the flavour of a latte without the buzz.

Can energy drinks cause anxiety and poor mental health?

The taste can be a little changed during the decaffeination process, so some people prefer to stick to naturally caffeine-free alternatives. “Rooibos tea has a very similar taste to black tea and can be drunk with or without milk. Similarly, barley or chicory drinks can be used in place of coffee,” says Glover.

And to the barista who questioned my choice – you might not have been wrong about the chemicals, but decaf can be just as good as a regular cuppa.