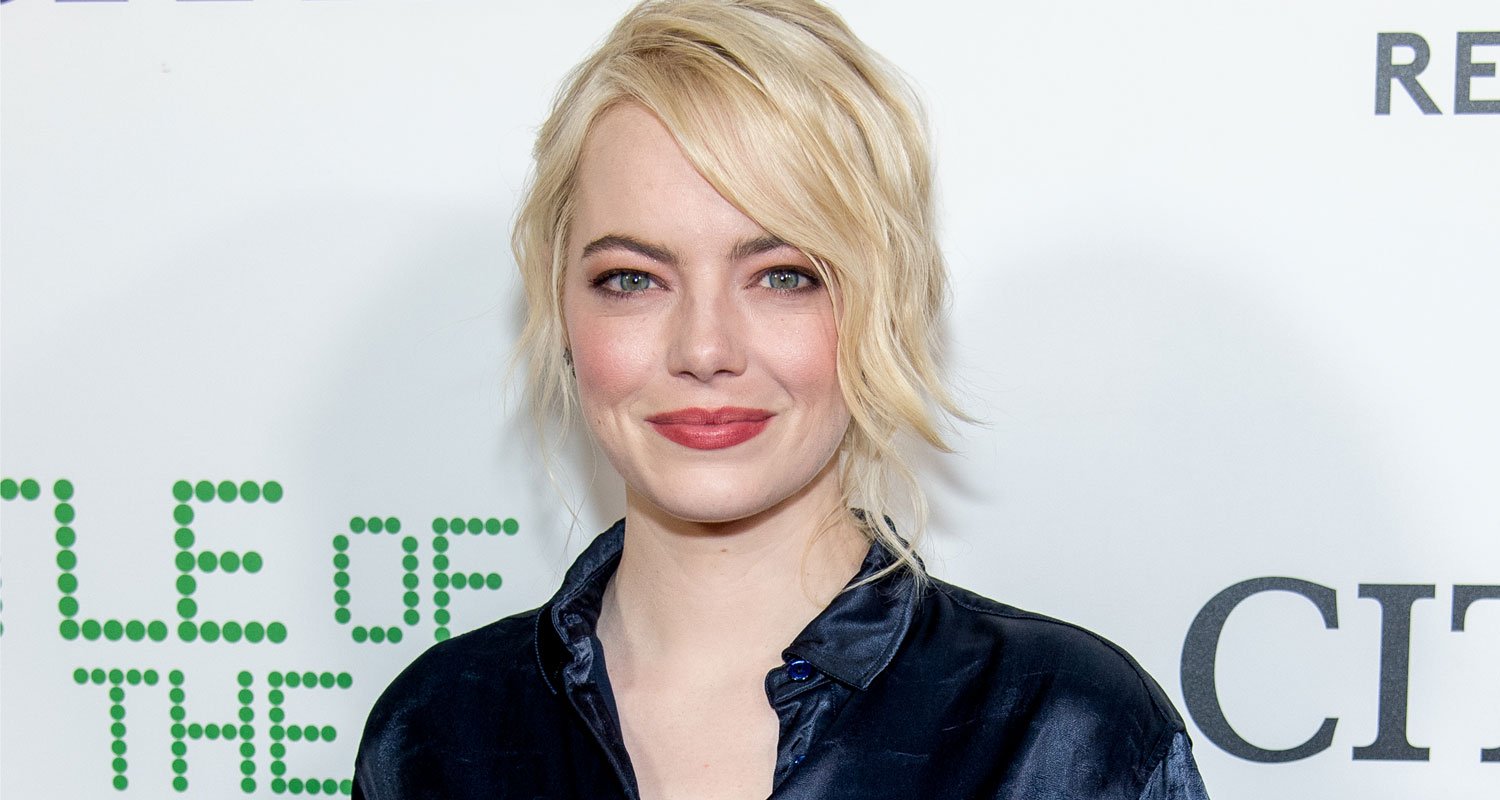 Emma Stone is no stranger to the gym. She’s been working with trainer Jason Walsh, C.S.C.S., founder of Rise Nation in Los Angeles, for years, and she doesn’t shy away from a deadlift or squat.

But when she was confirmed to play the role of legend Billie Jean King, a 39-time Grand Slam-winning tennis player, she knew there was work to do.

“Emma was shooting La La Land when she got the heads up that she was going to possibly take this role on [for Battle of the Sexes],” says Walsh. “You take one look at Billie Jean and, just physically speaking, we knew that [Emma] was going to have to put some muscle on.”

So they set a goal of adding 4.5kgs of lean muscle to Emma’s body during the three months of prep time before filming started. In the end, Walsh’s plan was so successful that the actress far surpassed her goal—Emma ended up tacking on nearly 7kgs.

“It’s the first time she’s ever portrayed a real person, and it’s one of the world’s best athletes, so she really took it to heart and took it very seriously,” says Walsh.

Of course, that doesn’t mean the success came easily. Here’s what Walsh says Stone did—both in and out of the gym—to step into the shoes of a tennis icon.

She committed to two-a-day workouts:

Hardcore, yes. But so is Billie Jean King. Walsh says that, for the first four weeks, Emma was in the gym twice a day, four times a week (with an extra single-day session tacked on to round everything out). “In the morning we’d do our heavy stuff—big, multi-joint complex movements,” says Walsh. “In the afternoon, we’d do all of the secondary-type moves, like single-joint exercises.”

Then, for the following six to eight weeks, Walsh says they dropped down to single sessions five days a week, before finally moving to four days in the last month. “I’ve worked with athletes before, and in order for her to have that demeanour and psychological mentality, she had to feel like an athlete and move like an athlete,” says Walsh. “You don’t want her, an actor who doesn’t play tennis, to start playing tennis and get injured—and it’s highly probable. So we tried to give her all the tools to recover well, be strong, and have the mobility and strength that she needed.”

She didn’t shy away from the heavy weights:

The easiest way to add muscle? Pick up the weights—Walsh says they give you more bang for your buck. “We did lots of carries with heavy weights, where she would carry dumbbells in her hands and walk down and back on a track,” he says. “There was a lot of sled work, heavy hip thrusting for the glutes, and lots of front squats, pushups, deadlifts, and heavy rolling.”

Her least favourite? Loaded carries and sleds. “They’re just daunting,” says Walsh. “Going up and down a track with heavy weights takes time and you really have to grind it out. It takes time and a lot of dedication.” Still, the star was committed, so she did what she was told (while interjecting plenty of jokes to make Walsh laugh, naturally)—and it paid off.

Single-leg exercises were a big deal:

Bulgarian split squats, single-leg deadlifts, and weighted lunges were all a regular part of Emma’s routine, says Walsh. “They helped her achieve stability around the joints, which meant she could move and transfer weight like an athlete and lower her injury potential.”

Which, if you think about it, makes a lot of sense. Tennis players are constantly on the go, regularly switching their direction of movement. Without that stability, it’s a recipe for disaster.

So was speed and agility training:

Walsh says he mostly focused on giving Emma a solid strength foundation, but strong muscles aren’t the only benefit you reap from his chosen style of training. “With that comes your mobility and joint stability,” he explains. That extra agility prepped Emma for rigorous sessions with a tennis coach, who helped her with footwork and the skills required to actually play the sport, says Walsh.

To supplement her tennis sessions and provide a hit of conditioning, during the last month of training Walsh also had her take one to two Rise Nation classes each week, where she became friendly with the calorie-torching VersaClimber. He says that was less of a priority because Emma is naturally lean, so she had about a 2:1 ratio of strength training to cardio while prepping for the film.

But there was still time for active recovery:

While Emma no doubt had plenty of opportunities to sweat, she still needed time to recover. Walsh says she’s a big fan of yoga, so he made sure to schedule a day where she could unwind and stretch out on the weekend. By the end, Walsh says it was more of a treat for the actress. “Things were getting to the finish line, and we didn’t have to stress and struggle to get there,” he explains. “She looked great weeks prior, so we could take it a little easy.”

She upped her calorie intake:

It’s well known that nutrition plays a major role in any physique progress. To make sure Emma was fueling properly, Walsh upped her calorie intake to about 2,500 to 3,000 calories per day. “I knew her metabolism was going to increase, and she was saying she was hungry all the time, which is a natural response from this kind of training, so the body was wanting her to increase her calories,” he says.

She wasn’t placed on a specific program, nor did she have to count how many calories she consumed, but she did need to follow the basic rules of good nutrition: lots of veggies at each meal, along with some sort of protein and healthy fats.

But because she was active for much of the day, Stone also added two protein shakes to her regular routine. “It’s a lot easier to drink your calories than trying to eat them,” explains Walsh. Filled with metabolic whey protein, Udo oil (a mixture of flaxseed oil, sesame seed oil, and other fats), ashwagandha (an herb commonly used in Ayurvedic medicine), a handful of spinach, and almond milk or water, the shakes helped her feel satisfied while providing plenty of nutrition, he says. Most importantly, though, it tasted great. “It has to be a really good-tasting protein shake so it’s palatable, otherwise three months of drinking shakes is going to suck.” Amen.

At the end of the day, Walsh and Emma both worked hard “to create an environment for the body to grow, adapt, and recover from the stress of her workouts,” says Walsh. “It’s not the workout itself that’s going to give you the growth, it’s the recovery, sleep, nutrition, and hydration.”

Check out the trailer below: