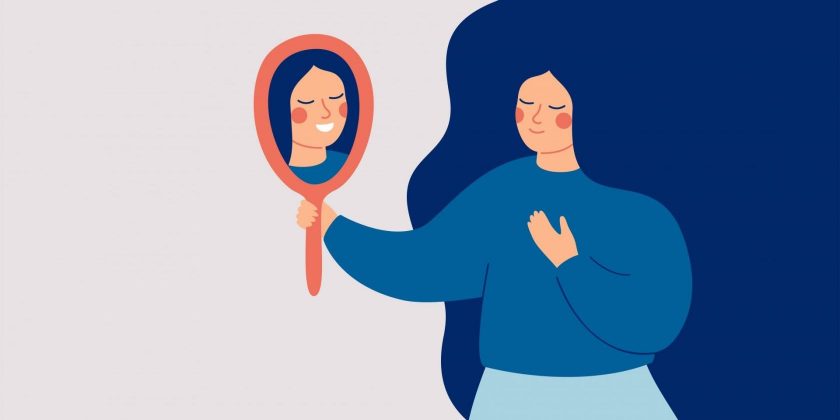 For anyone who felt like they didn’t fit in dance class, there’s now a Disney hero for you, says writer Anna Bartter.

While I loved ballet as a child, during my short-lived lessons, I was certainly more elephant-like than graceful. It remains a regret that I didn’t persevere, but the floor-to-ceiling mirrors and lycra-only rules – combined with a distinct lack of any kind of co-ordination – made the classes a special kind of hell for anyone with even an ounce of insecurity about their body image.

The exploration of struggles similar to mine is what make Disney’s new short film Reflect, revealed in a now-viral TikTok, so ground-breaking. The story of aspiring ballet dancer Bianca doesn’t just feature our first plus-sized Disney protagonist; it celebrates a girl who challenges the stereotype that dancers must be lean, lithe and ‘perfect’.

Directed by Hillary Bradfield, the animation story artist behind Frozen 2 and Encanto, Reflect shows how Bianca “battles her own reflection, overcoming doubt and fear by channelling her inner strength, grace and power.” And the response to the short has been overwhelmingly positive.

“I didn’t expect to get this emotional watching this AT ALL,” one TikTok user posted. “So many of us growing up plus size can feel [Bianca’s] pain. We need more. Can we please get a whole movie with her?”

Part of Disney’s Short Circuit series of experimental films, Reflect aims to explore issues surrounding body image, in particular body dysmorphia. In the short clip, Bianca is shown gazing sadly at her reflection in the mirror as her teacher says: “Tight tummy! Long neck!” The mirror shatters and splinters around Bianca, representing her broken image of herself.

It’s clear from the response to Reflect that a role model like Bianca is long overdue. Once the domain of beautiful, slim, white princesses, it seems that Disney has realised not only the importance of diversity and inclusion, but also that it can use its unique platform to raise real issues affecting many in its audience.

Body dysmorphia is defined by the NHS as “a mental health condition where a person spends a lot of time worrying about flaws in their appearance” – flaws that “are often unnoticeable to others” – and most commonly affects teenagers and young adults. In Reflect, Bradfield uses the character of Bianca to tackle the complex issues of body dysmorphia and body positivity head-on.

It’s powerful stuff, and sufferers of body dysmorphia (as well as those in recovery) have been applauding Disney, Bradfield and Bianca on social media.

“This plus-size Disney ballet dancer will mean so much to so many people,” said one TikTok user. Another admitted: “I needed this as a child.”

As she overcomes her negative self-image through continuing to dance, Bianca is sending a powerful message about resilience and confidence. Bravo, Disney.