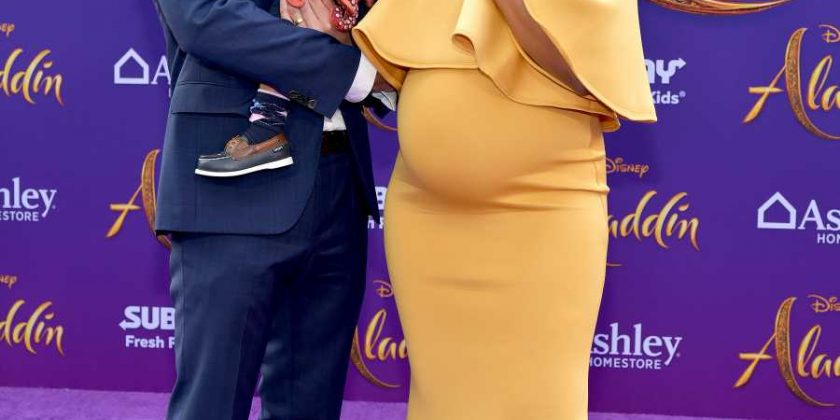 Best known for her role as Ashley Banks on the ’90s sitcom The Fresh Prince of Bel-Air, the actress, 40, has welcomed her second child with her husband, Dr. Vaughn Rasberry, according to Essence.

Alejandro Vaughn Rasberry was born on Thursday, Aug. 15 — and as Ali tells the outlet, “Vaughn and I are gushing with joy over the birth of our newest family member.”

“Our sleepless nights are deliriously fun,” adds the new mother of two, writing in an Instagram post sharing the news, “Our baby boy is here! We’re all in love over here … and exhausted lol!”

Baby Alejandro marks the first little sibling for the couple’s 3-year-old son Edward Aszard, whom they welcomed in September 2016.

Want all the latest pregnancy and birth announcements, plus celebrity mom blogs? Click here to get those and more in the PEOPLE Babies newsletter.

Tatyana Ali’s Blog: My Son Has Ignited an Everlasting Love

A pregnant Ali was spotted on the purple carpet back in June to support friend and fellow Fresh Prince star Will Smith at the premiere of the live-action version of Disney’s Aladdin.

In an Instagram photo the actress posted from the event, she wore a beautiful golden-yellow dress, holding her son (and her baby bump) with Smith, 51, and Rasberry by her side.

“Hand on the boob, never fails,” she captioned the photo, referring to Edward’s hilarious pose.

The then-mom-to-be also posed with Alfonso Ribeiro, who played Carlton Banks on Fresh Prince and brought his 5½-year-old son Alfonso “AJ” Lincoln to the Aladdin premiere.

Ali and Rasberry, who met on eHarmony, married in an intimate Beverly Hills, California, ceremony in July 2016. Ali told PEOPLE that the daytime wedding attended by about 100 guests had an “upscale Caribbean vibe.”

The former Young and the Restless actress announced she was pregnant with the couple’s second child in an April Instagram post. The mirror selfie showed Ali in a tight black dress and black heels while touching her belly.

“I was on a work trip recently and I thought it was about time I captured my baby bump. We’re so excited!” she wrote. “They say every pregnancy is different and they ain’t lying. Phew! I’m exhausted this go round, swirling with emotion and starving, like constantly.”