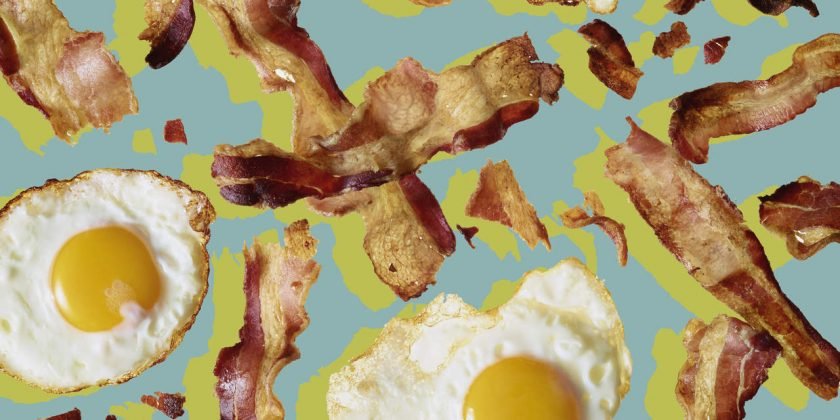 Ask any keto diet devotee and they’ll tell you that the high-fat, low-carb eating plan delivers real results: Many people who follow the restrictive plan lose weight, and unlike with other diets they may have tried, they don’t feel hungry or deprived.

But the keto diet also has its downsides. For starters, its entire premise is based on a complex metabolic state known as ketosis, in which the body is forced to burn fat instead of carbohydrates for energy. It’s not easy to send the body into ketosis, says Melissa Bailey, RD, a clinical dietitian at the Hospital of the University of Pennsylvania, or to keep it there for an extended period of time.

“Even in the hospital under strict controls, when we send patients into ketosis for medical reasons, it can be extremely difficult to do,” says Bailey. “On your own, it’s virtually impossible to do it consistently.”

Nutritionists aren’t the only ones who say going keto can be difficult. Online forums and blogs are filled with stories of newbie keto mistakes and misconceptions, as well. Here are a few of the biggest blunders people tend to make–and the biggest concerns health experts have.

Eating too much saturated fat

The keto diet limits people to just 20 to 50 grams of carbohydrates a day and encourages increasing fat intake to make up for the missing calories. That already goes against most nutritionists’ recommended ratio for a balanced diet, says Bailey—but it’s even more concerning when people choose mainly saturated fats to fill that gap.

“I know people following keto, and a lot of times I’m seeing that there’s a lot of bacon in their day, or a lot of really processed meat,” says Bailey. “And those things are super-high in sodium and super-high in saturated fat, which can really affect your cardiovascular health.”

“If people want to follow this diet, there’s a way to get that extra fat in your diet but still choose healthy fats,” Bailey says. “But not enough people are taking that extra step.”

Missing out on important nutrients

Eliminating entire foods or food groups—like milk or grains, both of which are off-limits (or close to it) on the keto diet—can lead to deficiencies of certain micronutrients, says Bailey. Dairy is a good source of calcium, for example, while bread and cereal are often enriched with iron or magnesium.

“When you’re limiting those sources, you’re not going to get the same nutrients by eating bacon and steak,” says Bailey. “Anytime you eliminate something from your diet, I recommend talking to your doctor or a nutritionist about taking a supplement in its place.”

Then again, Bailey adds, supplements often contain glucose or other types of sugar as filler ingredients. (Some prescription and over-the-counter pharmaceuticals do, too.) “In some cases, taking supplements or medications can actually keep people from achieving ketosis,” says Bailey, “which goes back to the idea that achieving ketosis really isn’t an easy or sustainable goal.”

It’s important to stay hydrated on any diet, but keto dieters often cite this as one big mistake they’ve made when they started on their new plan. A big part of the drop in pounds that people see in their first few weeks comes from lost water weight, says Bailey; if that water doesn’t get replenished, it can lead to constipation and contribute to the crappy feeling known as keto flu.

Overdoing it on artificial sweeteners

When a commenter on Reddit recently asked people to share their biggest keto screw-ups, several chimed in with warnings about maltitol, a sweetener used in many keto-friendly products. (Low-carb snack bars containing the ingredient were “delicious,” one person pointed out, “but the incoming gastrointestinal apocalypse is not worth it.”)

It’s true that maltitol and other sugar alcohols can cause diarrhea and bloating, especially when consumed in large quantities. That’s one reason it’s a good idea to choose whole foods or homemade meals over processed and packaged foods with long lists of ingredients, says Bailey, even when you’re going keto.

Consuming more carbs than you think

Cutting back on carbs sounds fairly simple: Just stop eating bread and pasta, right? That’s a good start, but in reality, there are lots of other foods that contain carbohydrates—including some that are traditionally thought of as proteins or fats.

“Didn’t know milk is not keto,” one commenter wrote on that same Reddit thread. “I was chugging milk like there’s no tomorrow whenever I had a sugar crave [sic].” Another commenter shared a similar anecdote: “Ditto! How many carbs can be in a sugar-free latte?! Lots.”

The problem with keto, says Kristen Kizer, RD, a dietitian at Houston Methodist Medical Center, is that there’s not a lot of room for this type of error. “Overconsumption of carbs is definitely very easy,” she says. “And if you’re eating carbs and not realizing it—unless you’re really monitoring your ketones regularly—you’re going to fall out of ketosis and not know it.”

The keto diet does produce fast results, Kizer admits: People tend to lose weight quickly, which is one reason the plan is so popular. But, she notes, they almost always gain it back when they try to transition from keto to a less restrictive, more sustainable way of eating.

Even more worrisome, she adds, is the fact that people initially tend to lose both fat and muscle. The pounds they gain back, on the other hand—due to changes in their muscle mass and metabolism—tend to be a higher percentage of fat.

Bailey agrees that the benefits of the keto diet, besides short-term weight loss, are questionable. “There are no long-running studies to show what this is doing to our overall health,” she says, “and we know that if you’re eating a lot of saturated fat, it could actually be harmful.”

That’s why Bailey doesn’t recommend the keto diet for weight loss or general health reasons, even temporarily. “And if you really are passionate about giving it a try, ask your doctor or a nutritionist to help you come up with a plan that includes healthy foods in healthy proportions,” she says. It is possible for most people to follow a low-carb diet in a way that’s not harmful, she adds, “but it does take work and smart choices.”