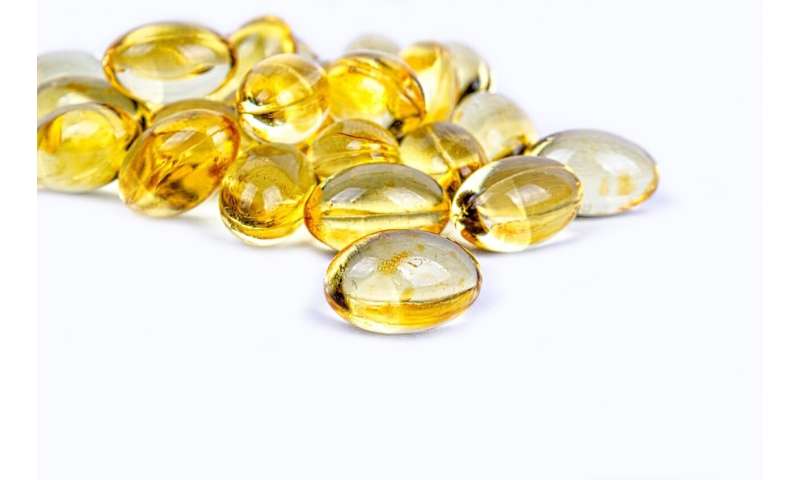 Fish oil—it’s one of the most commonly consumed dietary supplements globally and little wonder because it is associated with a wide range of health benefits—reducing cholesterol and hardening of the arteries, improving mental health, aiding weight loss, improving eye and skin health, and alleviating joint inflammation.

But somewhat ironically, because of the make up of fish oil, it is best absorbed when taken with a high fat meal. So, people who are using the supplement and at the same time trying to eat a healthy diet, may not be getting the best from their daily dose of fish oil.

Now UniSA researchers working with colleagues at the University of Queensland have completed a highly successful human trial of a new formulation of fish oil that is proving much more easily absorbed even when you are on a low-fat diet.

The trial, published in the European Journal of Nutrition, recruited 60 participants in a single dose trial of 680mg capsules. The capsules contained both EPA and DHA ethyl esters (omega 3s) formulated both with and without the addition of AquaCelle.

Those with AquaCelle immediately emulsified with the addition of water and absorption and blood plasma concentrations were significantly higher in the group that took the capsules with the added emulsifier.

The emulsifying agents are a combination of fruit, grain, seed and nut oils that aid the emulsification of the fish oil.

Professor at UniSA’s School of Pharmacy and Medical Science, Clive Prestidge, says the research has investigated the mechanism of action of the SEDDS formulation and uncovered the path to a more effective product with potentially better health results for consumers.

“Our team has worked with industry to really home in on a problem that was effecting the quality and impact of their fish oil products,” Prof Prestidge says.

“This research and the accompanying clinical trials provide a verifiable improvement in fish oil capsules.”