Millennials are more likely to have an asthma attack than any other sufferers, research suggests.

A survey by Asthma UK of more than 10,000 people with the inflammatory lung condition found two thirds (67 per cent) of those aged 18-to-29 are missing out on basic asthma care.

This has led to 88 per cent of millennial sufferers having uncontrolled asthma – defined as symptoms that affect sleep or daily activities.

Asthma attacks can be deadly, however, the authors of the report claim young patients do not take the condition seriously.

They blame unaffordable housing and financial worries for stopping millennials prioritising their health. 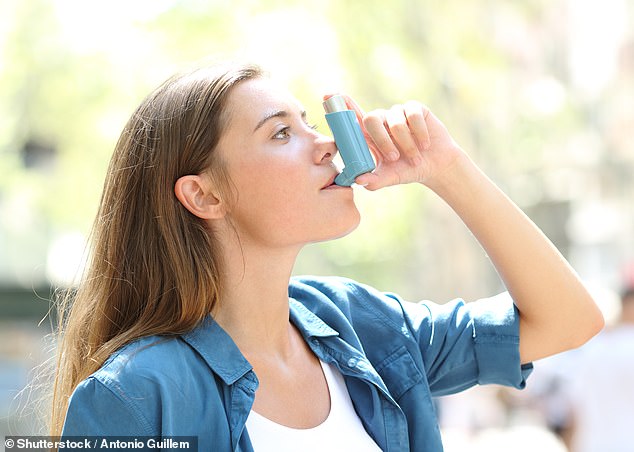 ‘Millennials are getting a raw deal, with the worst asthma care of any age group,’ Dr Samantha Walker, director of research and policy at Asthma UK, said.

‘As a result, thousands needed emergency care for their asthma last year and were at risk of dying from an asthma attack.

‘This could be avoided if they received the basic care they should be getting and if they were better engaged to manage their own health.’

Asthma affects one in 11 – or 5.4million – people in the UK, Asthma UK statistics reveal. And in the US, one in 13 have the condition, according to the Asthma and Allergy Foundation of America.

Three people die from an asthma attack every day in the UK but one in six are unaware the condition is serious, the authors of the report wrote.

The survey – The reality of asthma care in the UK – asked 10,064 asthmatics whether they received ‘basic care’ over the past year. This is defined as an annual review, written action plan and inhaler technique check with a healthcare professional.

A ‘no’ to any of these three criteria means a patient’s basic care is not being met.

Asthma is a common but incurable condition which affects the small tubes inside the lungs.

It can cause them to become inflamed, or swollen, which restricts the airways and makes it harder to breathe.

The condition affects people of all ages and often starts in childhood. Symptoms may improve or even go away as children grow older, but can return in adulthood.

Symptoms include wheezing, breathlessness, a tight chest and coughing, and these may get worse during an asthma attack.

Treatment usually involves medication which is inhaled to calm down the lungs.

Triggers for the condition include allergies, dust, air pollution, exercise and infections such as cold or flu.

If you think you or your child has asthma you should visit a doctor, because it can develop into more serious complications like fatigue or lung infections.

Results revealed only 44 per cent of the millennial participants have a written asthma plan, while 72 per cent attended an annual review and 75 per cent had their inhaler technique checked.

GPs being too busy for a review was blamed in 12 per cent of cases, while 57 per cent claimed they did not receive a reminder a check-up was due.

Some 34 per cent of those aged 18-to-29 reported requiring emergency care in the past year – twice as many as the participants over 60.

Since the survey started specifically looking at millennials in 2016, the authors have ‘consistently seen the worst basic care, asthma control and highest reporting of emergency care,’ they wrote.

And the National Review of Asthma Deaths found two-thirds of related fatalities would be prevented if patients had basic asthma care.

They add these pressures affect a young patient’s ability to ‘prioritise and self manage their health’, which may lead to inadherence to medication.

Poor-quality housing with mould or damp can also trigger an asthma attack.

To combat this, the authors believe asthma management should move from ‘face-to-face care to digital channels’.

‘The NHS needs to embrace technology as a mainstay of asthma management to engage this young generation, such as piloting smart inhalers as promised in its long-term plan,’ Dr Walker said.

Smart inhalers track how often and well a patient takes their medication, with the information then being logged on their smartphone.

This could help those most at risk of an asthma attack to be treated before they require hospital care.

‘[The NHS] also needs to ensure patients data and records are linked to ensure asthma attacks are recorded, managed and prevented so people who have had an asthma attack in hospital get follow-up care from their GP,’ Dr Walker added.

WRITER, 27, NEARLY WENT TO HOSPITAL AFTER IGNORING HER ASTHMA SYMPTOMS PUT HER IN ‘SERIOUS DANGER’

A writer did not take her asthma seriously until it nearly landed her in hospital.

Amy Pay, 27, of Cardiff, would often miss doses of her preventer inhaler, assuming it would all be fine.

But Ms Pay suddenly started to wake feeling breathless and coughing, with her eventually being unable to even walk down the street without stopping to catch her breath.

After making an emergency appointment with an asthma nurse, she was told she could have been in ‘serious danger’ had she ignored her symptoms any longer.

Ms Pay vows to never ‘be complacent’ again and now takes her inhaler as prescribed. 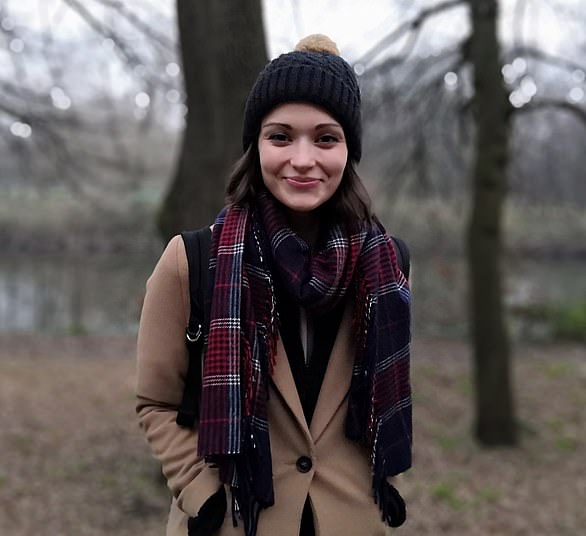 Speaking of before her symptoms flared up, Ms Pay said: ‘I didn’t take my asthma seriously – I used to skip doses of my preventer inhaler and didn’t think about the consequences.

‘I had asthma reviews but my GP never checked my inhaler technique and I didn’t have a written asthma action plan.’

She even dismissed her classic asthma symptoms when they suddenly appeared.

‘Eventually I couldn’t even walk down the street without stopping to catch my breath,’ she said.

‘I made an emergency appointment with my asthma nurse who told me if I had left it any longer I could have been in serious danger.’

Ms Pay is speaking out to warn other asthma patients of the risks of not taking the condition seriously.

‘People don’t realise asthma can be a killer, even when you’re young,’ she said.

‘Now I make sure I take my preventer inhaler as prescribed and I know what to do if my symptoms are getting worse.

‘I’ll never forget what it felt like to struggle to breathe – I won’t be complacent about my asthma again.

‘I want other people my age to take their asthma seriously. It could save their life.’