Why loneliness is so dangerous for your health: Harvard doctor explains the links and urges that ‘people are a medicine’

Even doctors are calling loneliness an epidemic of the modern age.

Nearly half of Americans say that they feel lonely most or even all of the time, and it isn’t just a detriment to their social lives and happiness; loneliness is bad for their health.

Plenty of studies have found strong links between loneliness and risks for just about every disease – from cardiovascular disease to stroke and even death on the whole.

But only recently have scientists been able to identify what is actually happening in the body as a direct result of loneliness.

Harvard University psychiatrist Dr Charles Bullock explained in a blog post for the university the biology of loneliness – and why it’s so crucial that we treat our symptoms with the best medicine: people. 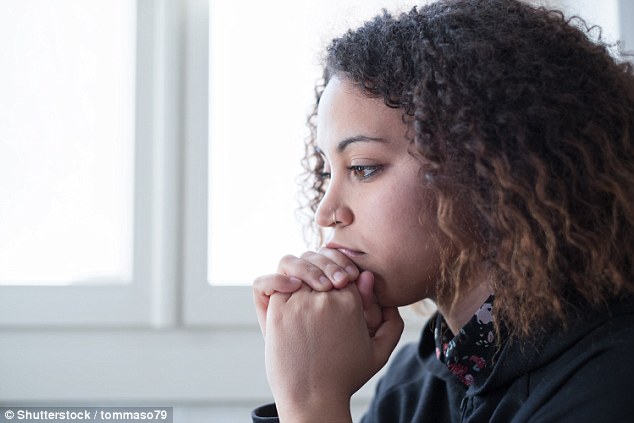 Nearly half of all Americans report that they are lonely some or all of the time. A Harvard doctor explains that isolation disrupts our brains and hormone systems, damaging health

The health dangers of loneliness are not new. A review of studies conducted back in 1988 identified higher rates of mortality, illness, injury, smoking, obesity and high blood pressure in lonely people, marking social isolation a risk factor for all of the above.

Despite all of our online connections – the average person has 338 Facebook ‘friends’ – we are only getting lonelier.

Former surgeon general Dr Vivek Murthy wrote in the Harvard Business Review that ‘we live in the most technologically connected age in the history of civilization, yet rates of loneliness have doubled since the 1980s.’

‘It’s far more widespread than people believe, and like many illnesses that are related to our mental and psychological state, it gets swept under the rug and exists in the shadows,’ he told the Washington Post.

It’s not just that loneliness itself is an emotional, societal ill. It actually has detrimental effects on the body.

With the advances of medical technology, scientists can better see and measure what is happening in the brains of lonely people.

Social activity stimulates a variety of parts of the brain. Like our muscles, the regions of our brains need to be active in order to stay fit.

Several key areas ‘atrophy,’ so to speak, when we are lonely and isolated, according to Dr Bullock’s blog post.

We start to lose gray brain matter in the regions that allow us to read the facial expressions, tones and movements of other people and that allow us to imagine what’s happening in another person’s mind.

Even if you spend most of your time alone, picking up on social cues like these isn’t just important to making friends, it’s a survival mechanism.

Meanwhile, regions of the pain that tell us something is painful thrive on our loneliness.

Scientists see greater activity in these parts of the brain when people are lonely. They have also observed an uptick in activity and chaos the amygdala, which regulates emotions and emotional responses.

This part of the brain, the amygdala gets revved up and reacts to ‘negative stimuli’ – situations that are upsetting – more but has a harder time recovering from these experiences.

Similarly, the dorsal posterior insula, which regulates how painful something feels actually becomes more active when we are lonely, so injuries – which, incidentally, happen more often to people who are socially isolated – actually hurt more.

Cortisol, the stress hormone tells us when to fight or flee and is key to many biological processes.

But our bodies are not designed to be under constant stress, and cortisol is known to disrupt nearly every biological process when our levels of it are too high.

The antidote to high cortisol quotients is another hormone called oxytocin.

And oxytocin production ramps up to reward our social interactions specifically.

Oxytocin has been referred to as the social and even the love hormone.

It is responsible for the pleasant ‘warm’ feelings we get from spending time around friends and loved ones.

Maintaining a balance between the stress and social hormones is key to feeling balanced and level.

Another endocrine system chemical, ‘brain derived neurotrophic factor (BDNF) helps our brains to remain plastic, or flexible, so that we can continue to hold on to past memories and create new ones.

Socially isolated people, however, have a shortage of this substance, too.

MAKE A FRIEND, IMPROVE YOUR HEALTH

But Dr Bullock says that these effects can be reduced if not reversed even just by being in the presence of other people.

‘People are anxiety relievers. And people are antidepressants, as well as blood pressure reducers (mostly). People, in general, are good for you,’ writes Dr Bullock.

He suggests that even the distant presence of others during solitary activities – like going to a library or public place to read – can inspire the brain to give us more oxytocin, putting a damper on our soaring stress hormone levels.

Better yet, and more clearly proven, making a friend might be the best think you can do for your health.

Among those who didn’t feel as though they had any close friends, 76 percent reported that they were lonely.

That number was cut down to just 36 percent of those who had just one friend.

‘Humans are social creatures. Among ourselves we form all kinds of complex alliances, affiliations, attachments, loves, and hates. If those connections break down, an individual risks health impacts throughout the body,’ Dr Bullock wrote.