Expansion of controversial ‘GP by Skype’ service to be offered to every patient by 2021 risks worsening GP crisis across the UK, warns Cambridge professor 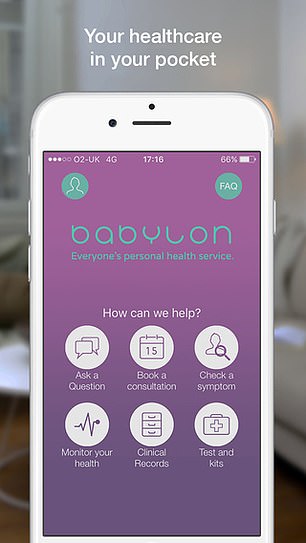 The NHS’s GP at hand app could put elderly or chronically ill patients at risk by stripping money away from doctor’s surgeries, a Cambridge professor has warned.

GP at hand is already well-established in London and is being expanded firstly to Birmingham and then to the rest of the country by 2021.

But doctors get a set amount of funding for each patient and taking away those who rarely need help leaves them with less cash to cope with the more seriously ill and dependent patients left behind.

Professor Roland said expanding the use of the app dubbed ‘GP by Skype’ could worsen a profession already in crisis.

‘The current NHS funding formula does not adjust adequately for the costs of providing a comprehensive primary care service,’ Professor Roland wrote in the British Medical Journal.

‘The NHS needs urgently to review its arrangements that have allowed a private company to cream off fit young patients from existing NHS practices.

The UK’s GP crisis is an ongoing issue in which family doctors are struggling to cope with workloads getting bigger while the number of staff is shrinking.

A record 138 surgeries closed down in England last year, at a rate of two per week, affecting more than 500,000 patients.

The population of the UK is growing gradually older as people live longer, and there are more and more people living for a long-time with complex health conditions.

These are ones which require ongoing medical care like diabetes, heart disease or dementia – and many people have more than one.

GPs are also leaving the profession faster than they’re joining it, meaning the growing workloads don’t have a growing workforce to pick them up.

Data for the first three months of this year showed waiting times are getting longer, too.

The number of people waiting more than two weeks to see their GP in England shot up to 12.3million this year, a 14 per cent rise from the 10.8million during the same period last year, and representing one in six patients overall.

‘If the GP at Hand model became widespread, it would risk destabilising care for patients with the greatest needs and those who need regular proactive care.’

GP at hand, which has a high profile fan in the technophile Health Secretary, Matt Hancock, requires people leave their real-life GP and sign up to the app.

Through this the 55,000 people already signed up can, for free, phone or video-call a doctor when it suits them.

Almost all the people already signed up (98.5 per cent) are aged between 20 and 64 and most are healthy – only 0.1 per cent of them need serious ongoing medical care.

This is an issue because if practices, which are privately run, have fewer patients they get less money from the NHS.

Less money could then lead to shortened opening hours, fewer staff or service cutbacks, having a knock-on effect on patients’ care quality and waiting times.

The rising use of GP at hand also brings with it questions of the quality of care people are getting, Professor Roland said.

Experts have in the past worried that people using the app could miss out on vital breast and bowel screenings because their care is run by a private company.

And Professor Roland wrote that its uptake for cervical screening is just 64 per cent, while childhood vaccination coverage is between 73 and 84 per cent.

These are lower than the NHS’s national averages, which are 71 per cent uptake for cervical screening and 87.4 per cent for two doses of the MMR jab. 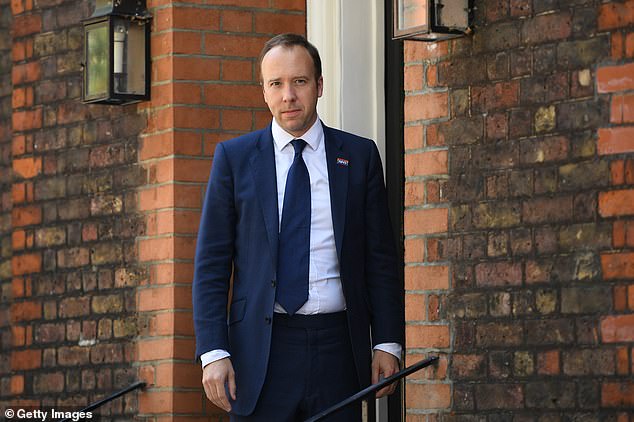 ‘Registered patients found GP at Hand convenient and used the service more often than they did their previous practice, also reducing their previous high use of other urgent NHS services,’ Professor Roland said.

‘However, a quarter of GP at Hand’s newly registered patients move back to a conventional NHS practice, many within two weeks.

‘The service clearly meets the needs of some patients who value a fast convenient service, but it falls short of providing comprehensive proactive primary care.’

One in three NHS GPs admit appointment times being limited to 10 minutes has led to them missing symptoms, a survey has found.

Wrong diagnoses mean patients have to return for extra appointments and may become more seriously ill, meaning a bigger use of NHS time than a longer consultation in the first place.

Law firm Slater and Gordon surveyed 200 doctors about their work pressure and 94 per cent said appointments should be between 16 and 20 minutes at a minimum.

Four in five said they don’t always have time to properly diagnose patients, with 55 per cent fearing they have missed serious health issues.

One GP said: ‘I often don’t have enough time to spend with one patient to make a proper diagnosis.

‘Recently it took three weeks and repeat appointments to get to the bottom of a patient’s medical condition and offer the correct solution.

‘Had we had more time in the first appointment it would have allowed me to get to the bottom of her complaint straight away.’

Dr Eleanor Holmes, a 39-year-old GP in Newcastle, is on sabbatical due to stress after working in the field for 10 years.

She said she often saw around 30 patients per day during a 10 to 12 hour shift.

‘For most GPs it’s like you’re on a treadmill,’ Dr Holmes said.

‘You’re treated like expendable machines under unrelenting pressure. Most GPs want to do their very best for their patients, but the system will not let them.

Parm Sahota from Slater and Gordon added: ‘We trust our family doctors to listen to our concerns and identify any issues, without worrying about rushing us through to meet unsafe deadlines which are not best practice.

‘They need to have enough time to do their jobs correctly and robustly for the health of the UK.’